Virginia's Fifth Revolutionary Convention met at the Capitol in Williamsburg from May 6 to July 5, 1776, and declared independence from Great Britain. The delegates also voted to prepare a constitution for Virginia as well as a statement of rights. Fairfax County delegate George Mason led the effort and drafted a document that outlined such rights as the ability to confront one's accusers in court, to present evidence in court, protection from self-incrimination, the right to a speedy trial, the right to a trial by jury, and the extension of religious tolerance. Other delegates suggested additional individual rights and the draft was debated for several weeks. The final version of the Virginia Declaration of Rights was adopted unanimously on June 12, 1776. It consisted of sixteen sections with additional rights including protections for the press, striking down of ex post facto laws (retroactively criminalizing an action that had previously been legal), banning excessive bail, and disallowing cruel and unusual punishment of the incarcerated.

Virginia’s Declaration of Rights was the first state declaration establishing the fundamental human liberties that government was created to protect, and it had a profound impact on America’s founding documents. Thomas Jefferson drew upon it when writing the Declaration of Independence and James Madison expanded on Mason’s ideas of guaranteed rights when he wrote the amendments to the United States Constitution that became known as the Bill of Rights.

In 1778, George Mason prepared this copy of his first draft of the Declaration of Rights from memory to indicate what he had initially proposed.


Related Document: Bill of Rights to the U.S. Constitution

Scan it: Scan the document. What words or phrases stand out to you?

Analyze: Why would George Mason consider these rights vital to free society? Why were these rights considered by some to be revolutionary?

State your Case: You are an attorney representing Black Virginians. Write a brief argument in which you defend your client explaining how the language of the final draft of the document limits the expectation of Black Virginians to protections as written under the Declaration of Rights.

Virginia Validation: The Virginia Declaration of Rights was an influential document. How are the ideas found in the document relevant today? 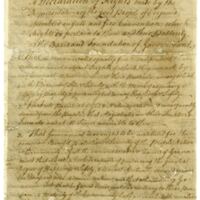 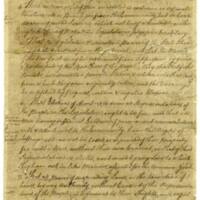 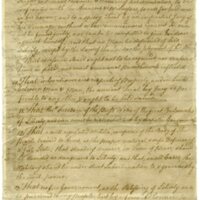 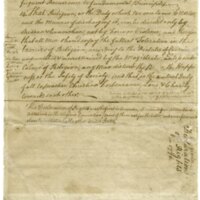 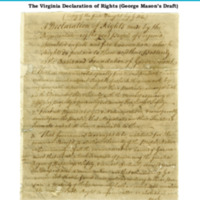 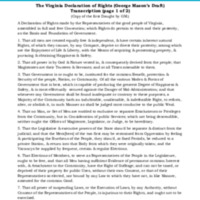