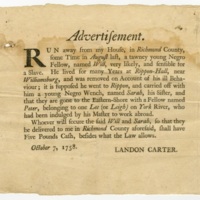 The American Revolution is often considered one of the most crucial times of United States history to study, as it lays the groundwork for all political history following it. Not only did it end the colonial relationship with England, but it brought about political change that would not only shape our lives, but would serve as an example for other nations. It also called into question social and political relationships, raising questions of freedom and inalienable rights. Some of America’s most important documents and greatest political minds come from this era. The war itself also was Revolutionary, with successful guerilla-style fighting and the defeat by colonials of well-trained British military forces.

Following the war, the creation of the Constitution and the process of ratification shifted not only the style of government, but also the way in which governments functioned and an increased public investment. This process also called into question the balance of power between federal and state, an issue that would continue to be present in American Politics well after the Constitution of 1787 and the Bill of Rights were completed. Despite strong unity among many in the Revolution, economic, regional, social, ideological, religious, and political tensions did not fade, and in some cases, increased, as America sought to define itself.

- Browse items in Revolution and the New Nation Collection -

Advertisement Seeking a Fugitive From Slavery, 1758

Located amongst the Accomack County court records from 1758 is this advertisement for a fugitive enslaved person named Will. It was placed by prominent Richmond County planter Landon Carter who enslaved hundreds of men, women, and children. The… 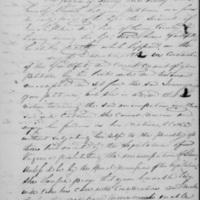 After the American Revolution, some Virginians freed some of their enslaved laborers, and by 1800 the population of free Black men and women had increased to nearly 20,000, primarily in urban areas like Richmond and Petersburg. Many white Virginians…

Inhabitants of Fauquier County, Petition Regarding the Separation of Church and State, 1785 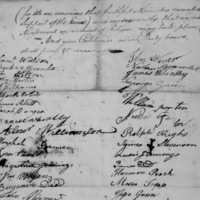 Petitions to the General Assembly were the primary catalyst for legislation in the Commonwealth from 1776 until 1865. Public improvements, military claims, divorce, freeing of enslaved peoples, division of counties, incorporation of towns, religious… 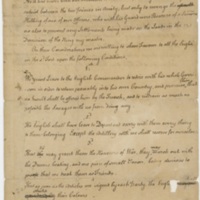 In January 1754, Virginia's lieutenant governor (acting in place of the absent royal governor), Robert Dinwiddie, sent a small force of Virginia soldiers to build a fort at the forks of the Ohio River, where present-day Pittsburgh now stands. In…