This document, which is taken from a series of CIA Documents related to the 1962 Cuban Missile Crisis, examines the strategic considerations regarding why the Soviet Union may have decided to place missiles in Cuba and includes a map that depicts the different ranges that nuclear weapons could reach from Cuba.

The Cuban Missile Crisis was a major event of the Cold War that took place during John F. Kennedy’s presidency, and today is remembered as a major accomplishment of Kennedy’s time in office. In October 1962, a United States spy plane captured evidence of the Soviet Union moving nuclear weapons into Cuba, 90 miles away from the coast of Florida. Upon hearing this news President Kennedy had at most 7 days to make a plan in secret before word of this was released to the public. President Kennedy met with his most trusted advisors, including his brother Attorney General Robert Kennedy, to create a plan of action. President Kennedy announced to the world that they had discovered nuclear missiles and that the U.S plan of action was to impose a naval blockade to prevent further shipments to Cuba. While the blockade was successful in stopping additional nuclear weapons from entering Cuba, the missiles already in Cuba were in the beginning stages of becoming operational. Accordingly, President Kennedy seemed to be facing two options: attack or accept the presence of Soviet nuclear weapons in Cuba.  Kennedy, however, choose to reject both options and proposed a policy that the U.S would not invade Cuba if the Soviet Union removed weapons from Cuba. Soviet Union Premier Nikita Khrushchev agreed to this deal, partly due to a secret clause that the United States would also remove U.S missiles from Turkey within 6 months of the removal of Soviet missiles from Cuba. 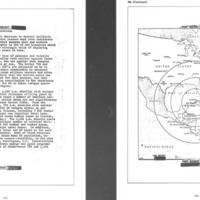 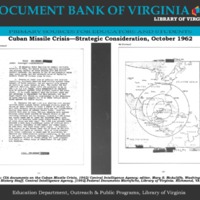