This guide map shows some of the first park boundaries, ranger stations, trails and more of the Shenandoah National Park in 1937. In 1924 the federal government began looking for land in the southern Appalachian Mountains to create a large national park which would be easily accessible by individuals living in the eastern United States. The park opened in 1936 and was officially completed in 1939. The creation of the park represented one of the biggest land seizures using eminent domain in Virginia state history. The homes and farms of more than 450 families in the Blue Ridge Mountain were acquired. While many families sold their land voluntarily, some resisted. Some individuals refused offers for their land and barricaded themselves in their homes while others appeared in court. Robet H. Via argued it violated the Fourteenth Amendment's due-process clause to seize land. A three judge panel ruled against him in 1935 and later that year when he appealed, the U.S. Supreme Court dismissed his case. The park was composed of about 190,000 acres of donated and state purchased land that was later donated to the federal government for a national park, Skyline Drive and Blue Ridge Parkway. Today the park has grown to about 200,000 acres and is one of the most popular parks in the country.

Up For Debate: The transformation of the Blue Ridge Mountain area in the Shenandoah National Park was achieved using eminent domain to buy private property from individuals.  To what extent do you feel this was a just or unjust act?  Defend your answer. 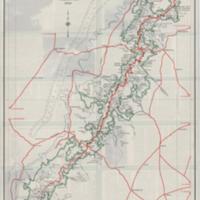 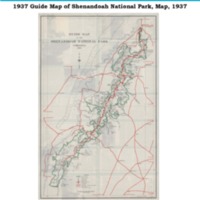