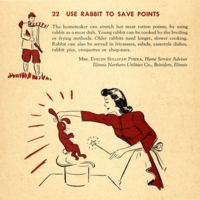 World War II helped not only to bring the nation out of the Depression, but also put the United States on the world stage as a leader. Unlike previous administrations who subscribed to a certain level of isolationism, both FDR and Truman placed the United States on a path to strong involvement and leadership in worldwide conflicts and reform movements. Additionally, World War II changed the role of women who went into the workforce as American men went to war. Events such as the bombing at Pearl Harbor, liberation of concentration camps, and the use of atomic bombs provide images and stories that have helped to shape future American foreign policy. 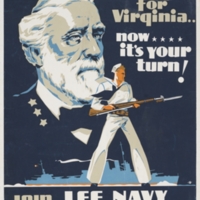 During World War II the American government asked civilians to participate in the war effort in a variety of ways. A common means for the government to communicate with civilians was through posters hung in public places. The posters were often… 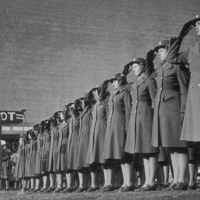 During World War II, the United States Army established a unit which allowed women to fill non- combat roles. Prior to the creation of this unit women mostly served as nurses supporting combat troops. In May 1941, Rep. Edith Nourse Rogers of…

During the World War II era booklets were published to assist homemakers, who were mostly women at that time, provide for their families and meet the requirements of the wartime ration system created just over eight months after the United States…

Photograph of Painting of Pocahontas, copied by W. L. Sheppard, 1939 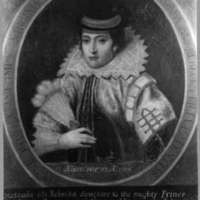 Touted as the largest and most magnificent exposition of all time, the New York World’s Fair opened at Flushing Meadows in April 1939. In the Court of States, one exhibition was strikingly different from the rest: the Virginia Room, “an island of…