The Washington Metropolitan Area Transit Authority announced on 23 June 2014 that the first phase of Metro’s Silver Line to provide service to Dulles International Airport. The Tysons Corner portion of the project – to build a tunnel or an elevated track – was an ongoing issue for Governor Tim Kaine's administration in 2006. The day before the signing of the Virginia/MWAA agreement, Dulles Transit Partners, the design-build contractor for phase one, rejected a plan that would have run the Silver Line tracks through a tunnel in Tysons Corner. The contractors estimated that the tunnel approach would cost over $500 million more than a mostly aboveground route. Tunnel supporters argued that the tunnel construction would be less disruptive and in the long run help turn Tysons Corner into a pedestrian-friendly urban downtown

After meeting with the Federal Transit Agency (FTA) and Northern Virginia’s congressional delegation on 6 September, Governor Kaine reluctantly announced that the tunnel option was dead. Changing from an aerial to tunnel plan would delay the project and put the $900 million federal government financing and the project in jeopardy. “The good news is that this critical project is moving ahead with the unanimous bi-partisan support of the congressional delegation and our local partners,” Governor Kaine said following the meeting. “We carefully reviewed the tunnel option at Tysons, and I share the belief of many of our project partners that a tunnel alignment would be the best option. However, too many unanswered questions remain about the cost and timing. These uncertainties cannot be allowed to jeopardize this critical project.”

Up for Debate: Do you think that the additional $500 million dollars should have been spent to ensure this tunnel's completion? Why or why not? 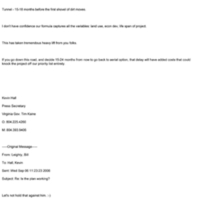 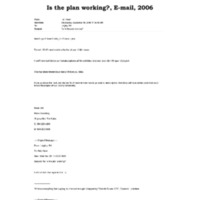