Before the Civil War, Virginia did not have a comprehensive public school system. Lawmakers passed various measures to fund public schools, but these were directed primarily toward schools for a small segment of the population, the children of indigent white families. These schools were known as “free schools” or “charity schools,” and only the very poor attended. African Americans, free and enslaved, were excluded from these schools because it was illegal to teach them. With the end of the Civil War and ratification of a new state constitution in 1870, lawmakers established Virginia’s first public school system for all children, in order to “prevent children growing up in ignorance, or becoming vagrants.” As local officials complied with the new state law, they set about drawing school districts segregated by race.

Current Connections: Find a current school census and map for either Alexandria County or your county. How does it compare to the Jefferson Township map? 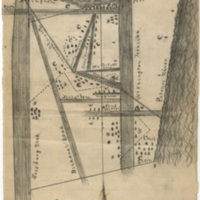 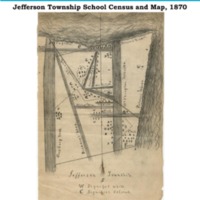