"Agitate - Educate – Legislate” was the slogan of the Women’s Christian Temperance Union. Established in 1874 in Ohio, later became a national movement which included a group in Virginia. The Women’s Christian Temperance Union (WCTU) joined the fight for Prohibition, with a special emphasis placed on women and children. The WCTU saw alcohol abuse as especially harmful in the home. At the time, women did not have many legal rights and their families were often at the mercy of men. Some of these men abused of alcohol which lead to impoverished homes and endangered the lives of children or women. The stated goal of the WCTU was “protection of the home” which appeal to some women who were concerned about the potential effects of alcohol on family life. The WCTU first followed the path of other temperance societies, encouraging adults and children to sign pledges of “Capital T total,” or “teetotal” as well as abstaining from alcohol consumption. Although the pledge campaigns were successful, the WCTU became concerned that this voluntary program would not affect those most in need and so they started to push for government intervention in the form of Prohibition legislation.

In 1879, Frances Willard became president of the WCTU and expanded its scope, moving from moral persuasion to political action. Willard's personal motto was "Do Everything," which encouraged women to become active in any social issue needing a women’s perspective. By 1896, 25 of the 39 departments of the WCTU addressed non-alcohol issues, including  women’s suffrage, shelters for abused women and children  the eight-hour work day, equal pay for equal work, prison reform, promotion of nutrition and the Pure Food and Drug Act, and world peace. In order to achieve these goals, the WCTU was one of the first organizations to actively lobby Congress to promote its Progressive agenda. In 1901, the WCTU was instrumental in passing a law requiring temperance instruction in all public schools.

Outreach to children, the next generation, was central to the WCTU mission.  In the 1890’s, the WCTU started the Loyal Temperance Legion (LTL), an international club for boys and girls who pledged total abstinence from alcohol. Monthly meeting included activities such as plays, picnics, parades, and singing temperance songs. The first slogan of the Loyal Temperance League was “Tremble, King Alcohol, We Shall Grow Up!” Published after Prohibition had ended, the magazine continued its mission in earnest. In a story entitled “The Kittens Bring the Light,” Joan and Jimmy are crying because “Daddy went out with some of his friends to celebrate REPEAL.” The LTL mascot, Humpy the Camel, wrote a folksy monthly editorial encouraging children to stay focused on temperance in the face of the widely available legal alcohol. .” The featured story, “Good Times and Bob,” follows three boys on their way to school as they discuss how the end of Prohibition has impacted their families. Bob’s father has started drinking, which has serious consequences.

The Women’s Christian Temperance Union is still active today, after 140 years it remains one of the oldest continuously operating women’s organizations in the world. Although the Loyal Temperance Legion is long gone, the WCTU continues its mission of educating children about alcohol and drug use through its website “Drug-Free Kids.”

Scan It: Read the titles of the articles. Guess what the articles may be about without reading the actual article? Look at the image at the bottom of the page, what clues does it give you about the purpose of the magazine?

Analyze: Why would the Women’s Christian Temperance Union target children? Do you think it was effective? Why or why not?

Current Connections: How does "Good Times and Bob" from the Women's Christian Temperance Union compare to the anti- drug and -alcohol programs in schools and society today?  What is different?  What is similar?

Taking a Side: Imagine that you represent the local chapter of the WCTU. How would you influence and promote the concept of alcohol abstinence. Create your own artwork and write a paragraph supporting your positon. 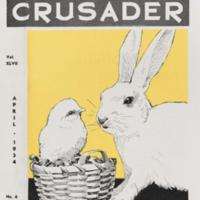 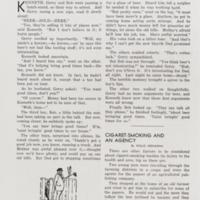