In 1957, in the midst of Virginia’s effort to maintain segregation in public schools, James Lindsay Almond Jr., won the gubernatorial election by pledging to uphold “Massive Resistance.”  In September 1958, he closed schools in Charlottesville, Front Royal, and Norfolk rather than see them segregated, regardless of the letters like this one that he received to reopen the schools. By January 1959, both the federal court and state supreme court demanded that schools be reopened and Massive Resistance laws overturned. However, Prince Edward County officials defied these court orders, and on June 26, 1959, the county board of supervisors voted to cut off revenues to the public schools. Prince Edward was the only locality in the nation to take this step, and they were heavily encouraged by segregationists across both the state and the South. The schools did not open on September 10th as scheduled, and they remained closed for the next five years.

White students quickly attended Prince Edward Academy – a new private school supported by state-approved tuition grants and donations - many of which were from segregationists. However, Black students were left with no educational facilities. Some local churches provided rudimentary education, and some Black students attended classes in nearby counties, or, with the aid of Quaker-affiliated American Friends Service Committee, relocated. However most Black students had no form of education, and most Black teachers lost their jobs.

Legal battles for the schools to reopen and integrate continued between lawyers for Prince Edward County and the NAACP from 1959 to 1964 and attracted national attention. Finally, on May 25, 1964, the U.S. Supreme Court ruled in Griffin v. County School Board of Prince Edward that the county had violated the students’ right to an education and ordered the schools to be reopened.

Virginia Validation: Virginia often seems to be in the spotlight for much larger, national issues. Why do you think Virginia has had such a long and varied history near the center of political and social conflict?

Artistic Exploration: Create your own artistic interpretation of what the schools may have looked like before Brown v. Board or after. How are they different?

Current Connections: Do you think all students receive an equal education today in the United States? Why or why not?

In Their Shoes: Imagine you were a student in Prince Edward County when the schools were closed. Would you have been able to receive an education? If so, how? 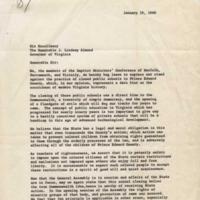 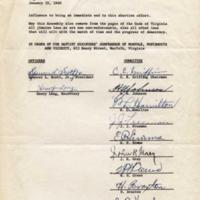 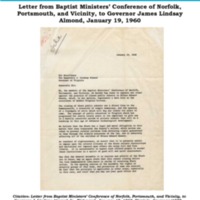