In April of 1900,  the Seaboard Air Line Railway was chartered, consolidating several railroads into a system with twenty-six hundred miles of track from Virginia to Florida. It also offered mail service as far north as New York over other railroad companies' tracks. The main line of the Seaboard ran from Richmond via Raleigh, North Carolina, Columbia, South Carolina, and Savannah, Georgia to Jacksonville, Florida. From Jacksonville, Seaboard rails continued to tourist destinations such as Tampa, St. Petersburg, West Palm Beach, and Miami. The company was headquartered in Norfolk, Virginia, until 1958, when its main offices were relocated to Richmond, Virginia.

The railway also had a newspaper devoted to it - S.A.L. Magundi (Portsmouth, Va.).

Analyze: Research SAL and another Virginia-based railway system. What similarities do you see in route, history, marketing, etc.?

In Their Shoes: What might have you seen passing through Richmond and Virginia by rail at this time? 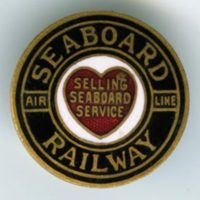 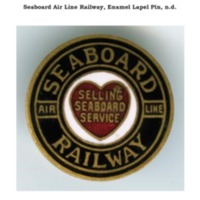