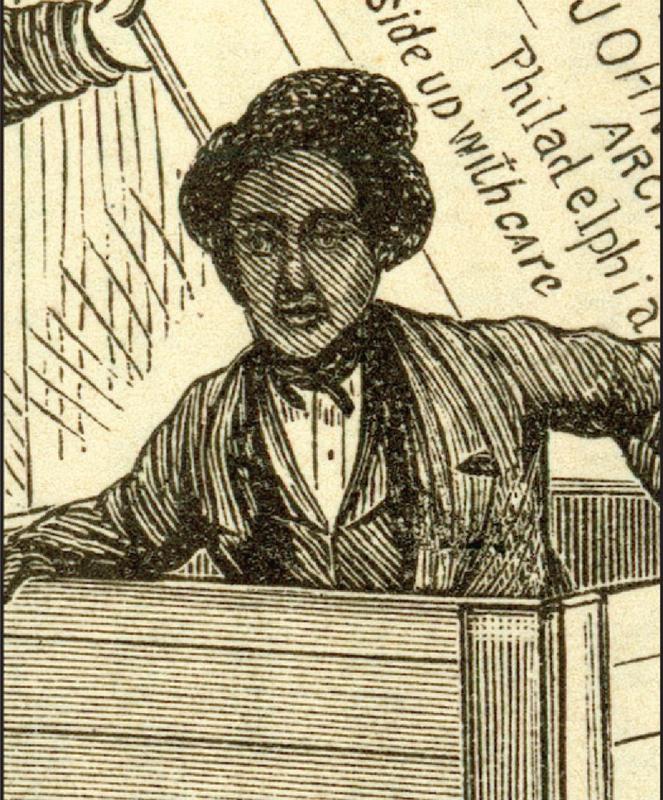 Born into slavery in Louisa County, Henry Brown (1815 or 1816-June 15, 1897) became a skilled worker in a Richmond tobacco factory. About 1836 he married Nancy, an enslaved woman owned by another master, and the couple had at least three children. Brown was able through overwork to rent a house for his family. In August 1848 Nancy Brown's owner suddenly sold her and the children out of the state. With nothing to keep him in Richmond, Brown resolved to escape to freedom. Working with a free black dentist and a white shoemaker, he concocted a scheme to ship himself north. On March 23, 1849, his co-conspirators sealed Brown into a wooden crate and placed it on a train bound for Philadelphia. After twenty-six hours, Brown arrived at the office of the Pennsylvania Anti-Slavery Society, where he was unboxed, alive and free.

As Henry Box Brown, he began an active career lecturing and performing. He worked with the artist Josiah Wolcott and others to create a moving panorama to illustrate his lectures about slavery. Henry Box Brown's Mirror of Slavery opened in Boston on April 11, 1850. During the lecture, Brown would climb into a replica of the box and re-create his unboxing. By October 1850, after an abortive kidnapping attempt and fearful that he would be arrested and returned to Virginia under the new federal Fugitive Slave Act, Brown sailed for England, where he remained for more than a decade.

In his performances in England and Wales, Brown mingled his antislavery lecture and panorama with entertaining acts. In 1875 he returned to the United States with a wife, whom he had married by 1859, and a daughter. The Browns performed at Milbury and Worcester, Massachusetts, at the beginning of 1878, and an Ontario newspaper reports a performance of the Brown Family Jubilee Singers at Brantford on February 26, 1889. By that time Henry Box Brown was living in Toronto, where he died on June 15, 1897. He was buried in Necropolis Cemetery there.