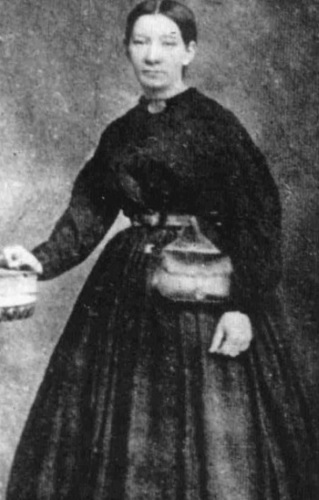 The daughter of a wealthy Mathews County family, Sally Louisa Tompkins (November 9, 1833–July 25, 1916) moved to Richmond shortly before the beginning of the Civil War. On July 21, 1861, she and other women of Saint James Episcopal Church opened a private hospital in the home of Judge John Robertson to provide for wounded soldiers. From the arrival of the first patient on August 3, 1861, until the departure of the last patient on June 13, 1865, Tompkins and her staff treated 1,333 patients, of whom only 73 died. Robertson Hospital, under Tompkins's superintendence, is reputed to have achieved the highest survival rate of any military hospital during the war.

On September 9, 1861, the Secretary of War signed a letter appointing Tompkins a captain in the Confederate army in a possible ploy to enable Tompkins and the Robertson Hospital to receive supplies from the CSA Quartermaster Office. Tompkins accepted the appointment but refused to accept pay for her work. She was known as an efficient administrator whose insistence on cleanliness contributed to the high survival rate of the patients. After the war, Tompkins continued her involvement with charitable works and nursing. Her personal fortune depleted, she lived at the Home for Confederate Women in Richmond from 1905 until her death. Sally Louisa Tompkins was buried with full military honors in the Christ Episcopal Church graveyard in Mathews County.