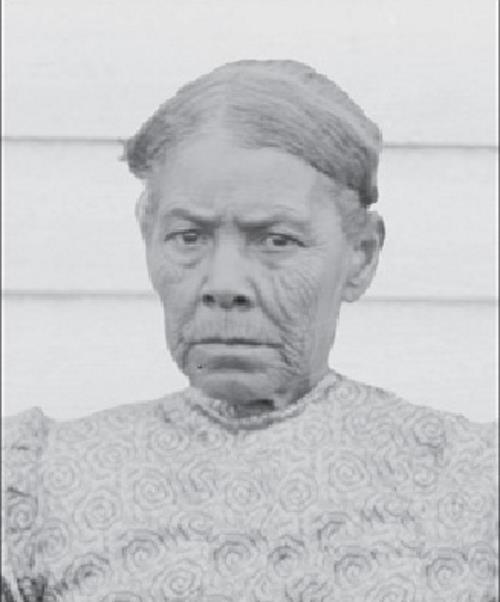 Caroline Bradby Cook (born ca. 1839), a resident of the Pamunkey Indian Reservation in King William County, was widowed in 1861, a few months after giving birth to her only child, George Major Cook. She and most of the other Pamunkey remained loyal to the United States during the Civil War, and her brothers and other relatives guided United States Army units in eastern Virginia and served as river pilots. When the Union army encamped at the Indian town, she cooked and washed for the soldiers even as they systematically dismantled her house and fences and burned the wood in their campfires.

After the war Cook went to the county court in order to take out letters of administration on the estate of her husband, Major Cook. Pamunkey Indians did not own the real estate on the reservation land, but as a widow she inherited the house and fence that the soldiers had destroyed. Cook filed a claim with the Southern Claims Commission for compensation from the United States government for her ruined property. In rebuilding her house and fence, she carefully counted the posts and pickets in order to apply for compensation for no more than she was entitled to. Cook received $100 in 1879. She was a founding member of the Pamunkey Baptist Church, organized in April 1865. Her son, whom she raised with the help of her relatives, served as chief of the Pamunkey from 1902 until his death in 1930. He championed the rights of Virginia's Indians when their cultural heritage and even legal existence were being challenged. The last known reference to Caroline Bradby Cook in public records is the 1910 census, which recorded that she was then living in the house of her son the chief.