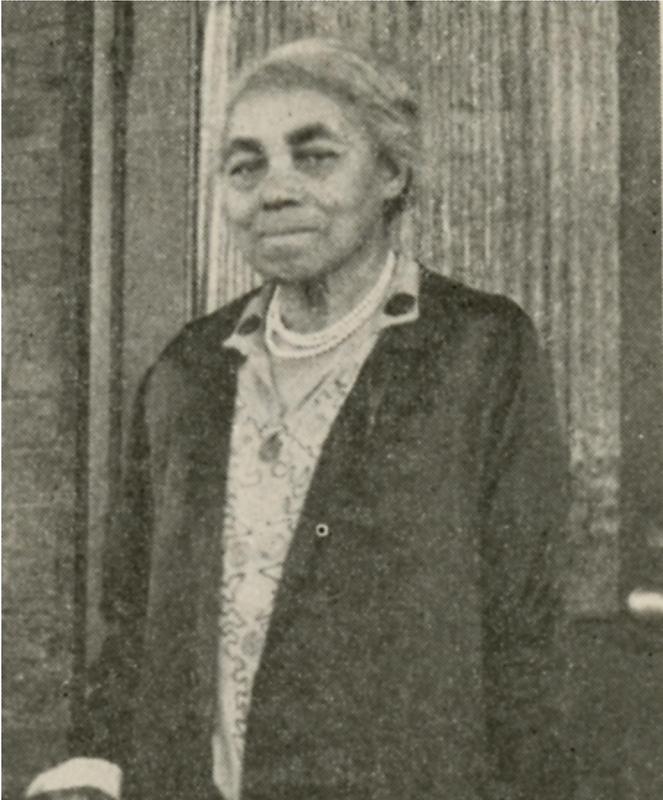 Lucy Francis Simms (died July 10, 1934) was born into slavery about 1857 and grew up near Harrisonburg on a plantation owned by the Gray family. In 1877 she graduated from Hampton Normal and Agricultural Institute (later Hampton University). She returned to Rockingham County and taught at a small country school in the African American community of Zenda. A year later Simms began teaching at the segregated school in Harrisonburg. For the 1883-1884 academic year, she served as acting principal for the Effinger School, where she taught primary grades until her death.

Dedicated to her profession, Simms attended teacher training schools during the summer, occasionally as an instructor. She helped organize the county's association for teachers and served a term as auditor of the Negro Teacher's Association and School Improvement League of Virginia, which worked to increase support for universal education and better public schools for African Americans. Over the course of her fifty-six-year career, Simms taught an estimated 1,800 students and had a profound influence on her community.