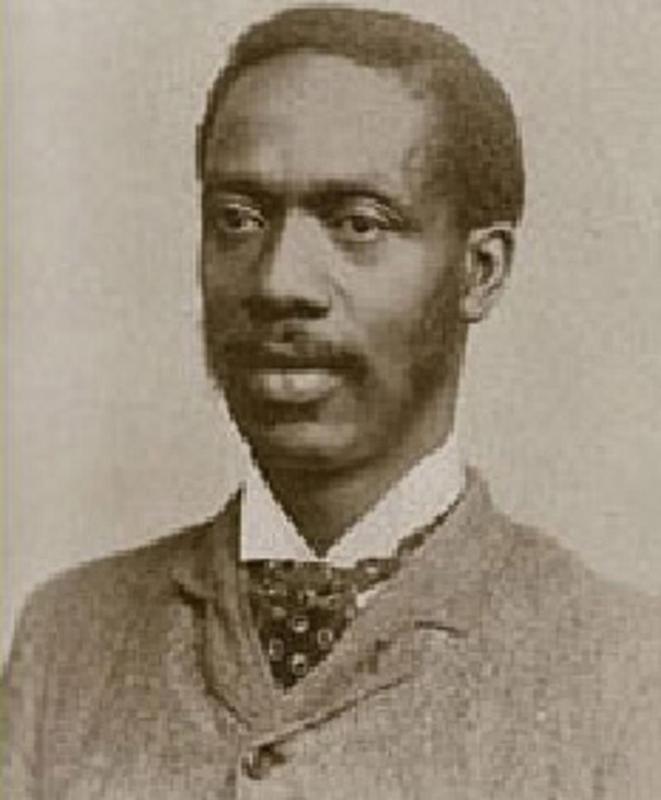 John Wesley Cromwell (September 5, 1846–April 14, 1927) was born into slavery in Portsmouth, Virginia, but became a powerful leader and educator. By 1851 he, his parents, and siblings were all free, and the family had settled in Philadelphia. Educated at a Quaker school, he taught in Pennsylvania and Maryland schools and in various Virginia locales before entering Howard University's law school in 1871. Cromwell worked at the Treasury Department until 1885 and then he practiced law. When he appeared before the Interstate Commerce Commission as counsel for the plaintiff in William H. Heard v. the Georgia Railroad Company in 1887, he was likely the first African American attorney to argue a case before such an important federal body.

From 1889 until at least 1919, Cromwell taught or served as principal at several District of Columbia schools. He initially supported Booker Taliaferro Washington's vision of black education, but his support of Washington waned as Cromwell came to believe that the quest for education and material success should be subordinate to seeking political solutions for racial problems. After a Richmond meeting of the Virginia Educational and Literary Association in 1875, his keynote speech was published as an Address on the Difficulties of the Colored Youth, In Obtaining an Education in the Virginias (1875).

A gifted organizer, Cromwell was involved in the creation of the Virginia Educational and Historical Association, the National Colored Press Association (after 1894 the National Afro-American Press Association), and the Bethel Literary and Historical Association, among others. He was a leader in most of these organizations and participated in many other beneficial societies. In 1879 Cromwell was president of the Banneker Industrial Education Association. He served the Hampton Negro Conference from 1897 until at least 1903. Cromwell helped found the American Negro Academy in 1897. He became the public face of the ANA and in 1919 became the academy's fourth president.

Cromwell began publishing the People's Advocate in Alexandria in 1876 and continued to own and manage it for at least eight years. He often wrote on educational and historical subjects, including The Jim Crow Negro (1904), The Negro in American History: Men and Women Eminent in the Evolution of the American of African Descent (1914), and articles for the Journal of Negro History. He died in Washington, D.C., in 1927 and was buried in Woodlawn Cemetery there.