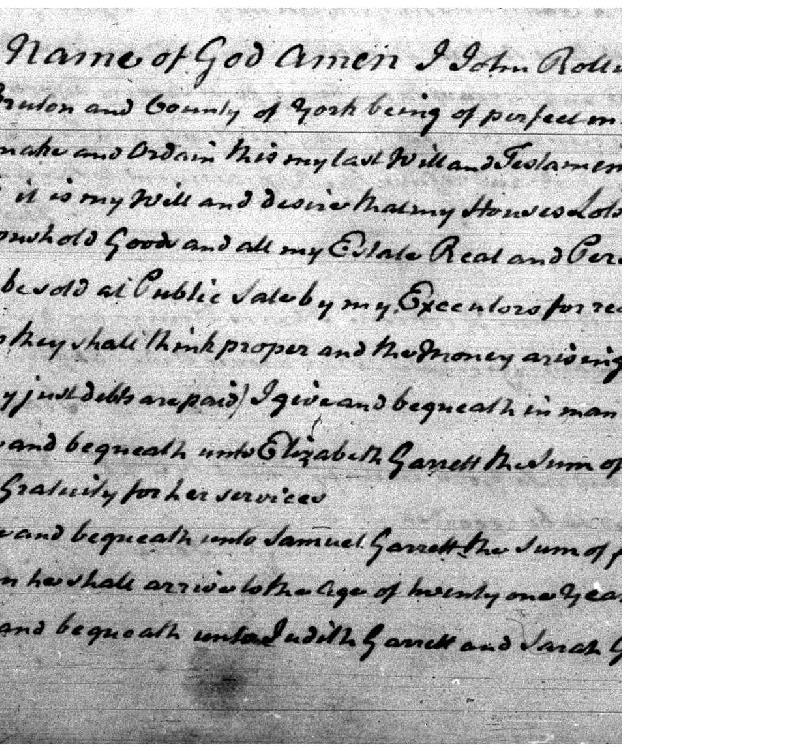 Born to a free mother, John Rollison (d. 1780) lived in York County and worked as a shoemaker, although he had other business concerns as well. In a time when property ownership could be tenuous for African Americans in Virginia, he owned multiple lots in Williamsburg and York County as well as material luxuries and a slave. In addition to raising his own children, Rollison was the guardian of his orphaned nephew.

In 1748 Rollison neglected to pay the tithable, or tax, on his mother and wife. This may have been a way he protested an unfair system that did not require the same tax on white women. During the Revolutionary War, Rollison provided supplies for the navy and militia troops. In 1777 he and his son, along with other male landowners in York County, swore an oath of allegiance to the new government of Virginia. Rollison wrote his will in February 1780 and had died by October 16, 1780, when his will was proved in the York County Court. On the appraisal of his estate taken after his death, Rollison was given the honorific of "Mr." a title usually reserved for white men of standing in the community.