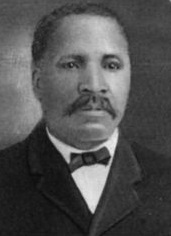 Probably the son of a former slave, Isaac David Burrell (March 10, 1865–March 21, 1914) received an M.D. in 1893 from the Leonard Medical College of Shaw University in Raleigh, North Carolina. He moved to Roanoke and there established a prospering medical practice. Burrell opened a drugstore, for many years the only black-owned drugstore in southwestern Virginia. In 1914 he became ill. Because black patients were denied admission to the city’s white hospitals, he made the 220-mile journey by train to Freedman’s Hospital in Washington, D.C., where he died shortly after undergoing surgery for gallstones.

His death was the impetus for black physicians of Roanoke to open a hospital for their patients. Named Burrell Memorial Hospital, the ten-bed facility was on Henry Street. In 1919 the city leased the abandoned buildings of the Allegheny Institute to the doctors who ran the black hospital there from 1921 until 1955, when a modern brick hospital was constructed with the help of a woman’s auxiliary. The civil rights movement opened white hospitals to black patients, and Burrell Memorial Hospital closed in 1978.