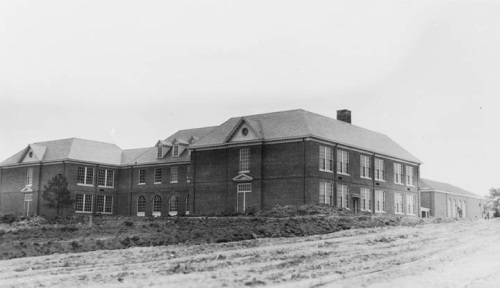 Clara Olivia Byrd Baker (June 22, 1886-October 20, 1979) was a motivated educator who took pride in encouraging her students to go on to professional careers. Her first teaching assignment was a one-room school in James City County in 1902. In 1920 she began teaching at a public training school for African American children. Ultimately she was assigned to Bruton Heights School, where she stayed until her retirement in 1952. While teaching, she continued her own education at Hampton Institute and at Virginia State College for Negroes (later Virginia State University), where she received a B.S. in education.

Baker was the mother of four children and a leader in the black community of Williamsburg. She promoted interracial cooperation and advocated women’s involvement in public affairs. Baker was one of the first women in Williamsburg to register to vote in 1920. Her wide-ranging memberships included church, teaching, children’s, and women’s organizations. At a 1967 tribute gathering for her in Williamsburg, the superintendent of schools declared that he could not remember any worthwhile communitywide effort in which Baker had not participated. For her work, Baker won numerous honors from local and regional organizations.

In 1967 Baker moved to Virginia Beach, where she continued her extensive civic volunteering until her death. The Williamsburg–James City County School System opened the Clara Byrd Baker Elementary School in September 1989.