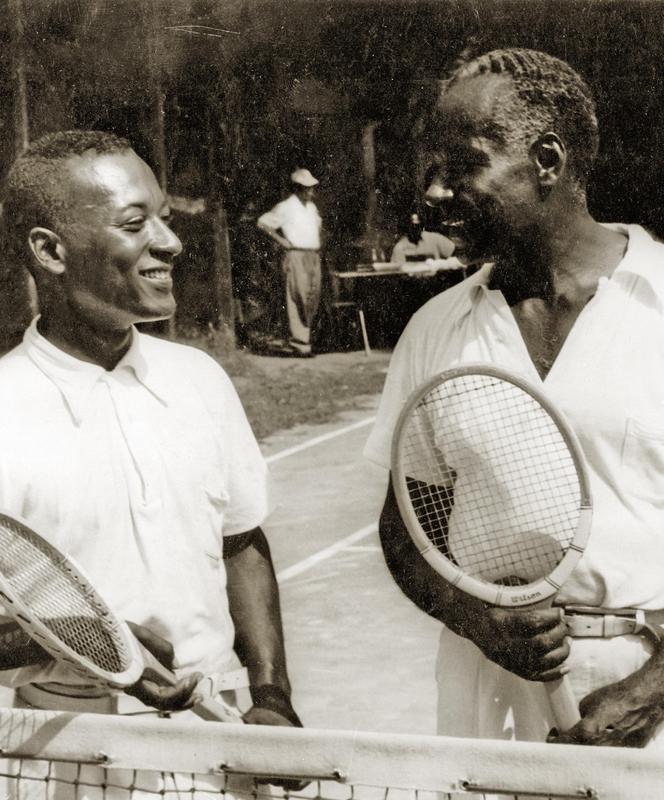 Following a college career playing football at Pennsylvania's Lincoln University as a Negro All-American, Robert Walter "Whirlwind" Johnson (April 16, 1899-June 28, 1971) coached football for four seasons in Virginia and Texas before entering Meharry Medical College, in Nashville, Tennessee. After completing his studies, Johnson established a medical practice in Lynchburg, where he became the first African American to receive obstetrical privileges at Lynchburg General Hospital. His perseverance and advocacy opened the door for other minorities following in his footsteps.

In Lynchburg, Johnson discovered and fell in love with tennis. Because he came to the sport too late to establish himself as a top singles athlete, he instead dedicated himself to doubles play and to discovering and coaching younger talent. Johnson formed the Junior Development Program of the American Tennis Association, a program through which he invited dozens of young African American tennis players to learn and train at his personal courts. Through this program Johnson discovered and mentored several successful professional tennis players, most notably Althea Gibson and Arthur Ashe, the first two African American Grand Slam champions.

In 1972 the Virginia Sports Hall of Fame inducted Johnson. He was also inducted into the Mid-Atlantic Tennis Hall of Fame in 1988 and the International Tennis Hall of Fame in 2009. Johnson's personal accolades included being named an NAACP Life Membership chairman and a recipient of the Spiro T. Agnew Honorary Citizenship Award. The Dr. Robert Walter Johnson Home and Tennis Court were added to the National Register of Historic Places in 2002.