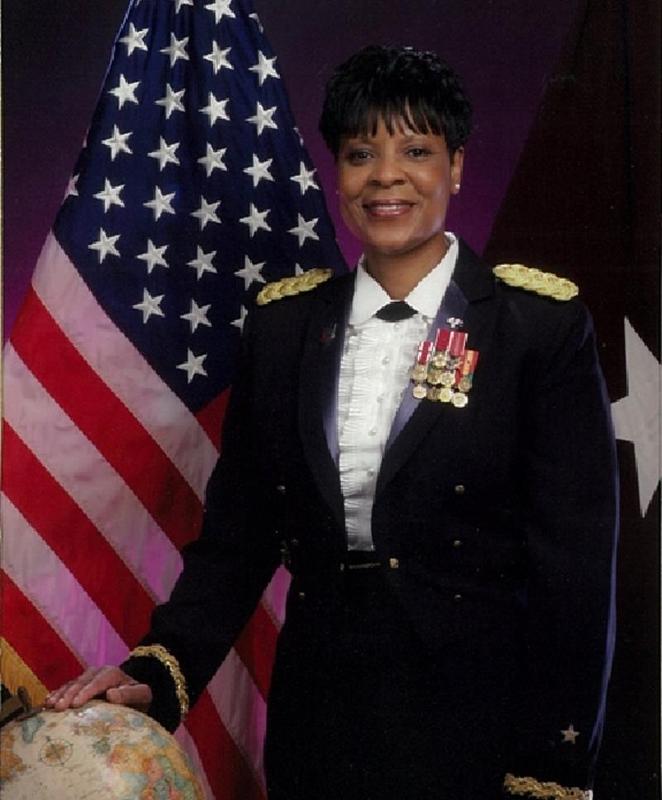 Growing up in Franklin, Sheila Baxter excelled at basketball. When she played at Virginia State College (later University), she was its first female player to score 1,000 points over the course of her career. In 1977, she earned a bachelor’s degree in health and physical education. One of the few women to join the Reserve Officers’ Training Corps at Virginia State, Baxter was commissioned a second lieutenant in the Army Medical Service Corps in 1978. She later received a master’s degree in health services administration from Webster University and also attended the Army War College.

Stationed around the country and overseas, Baxter was assigned posts of increasing responsibility in medical logistics, including a tour in Saudi Arabia during Operation Desert Storm. Promoted to brigadier general in 2003, she was the first woman and the second African American to hold that rank in the Medical Service Corps. In her final post, Baxter was commander of the Madigan Army Medical Center and the Western Regional Medical Command and was responsible for coordinating medical care and support for active-duty, National Guard, and Reserve troops in six states. The screening and health assessment program for returning troops implemented at Madigan during her tenure became a model for the Army. Her decorations include the Distinguished Service Award.

Inspired by mentors who helped her achieve her goals, Baxter has made time throughout her career to help and advise young adults. After retiring in 2008, she earned a Divinity degree and continues to work with veterans as a chaplain.