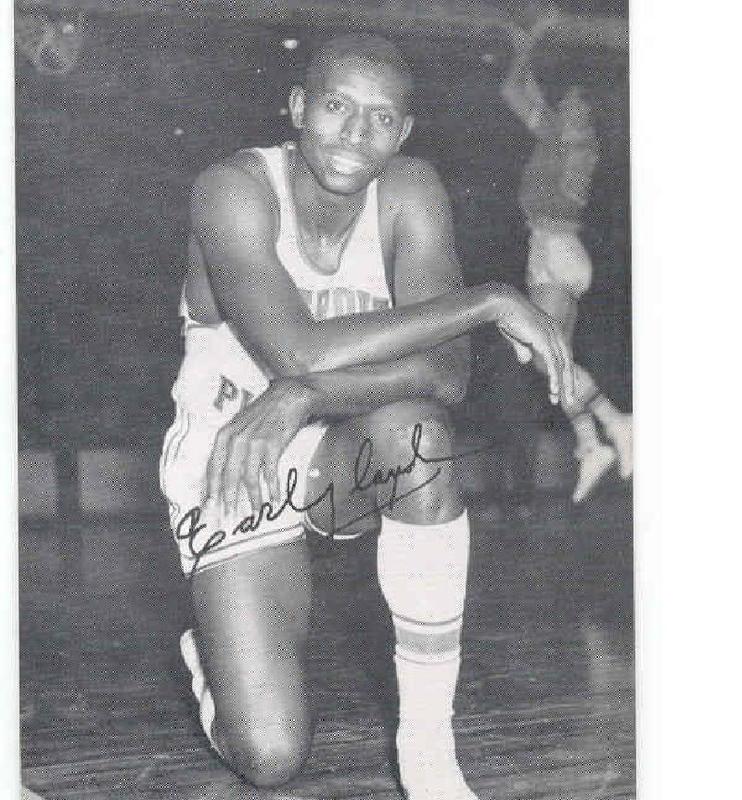 Growing up in a racially segregated neighborhood in Alexandria, Earl Lloyd was a basketball standout at the city’s Parker-Gray High School and became a star at West Virginia State University, where he earned a bachelor’s degree in 1950. That year the National Basketball Association’s Washington Capitols signed Lloyd. On Halloween night, he became the first African-American athlete to play in an NBA game, scoring six points in a loss to the Rochester Royals. A week later he was ordered by the Army to report for duty only 16 days into his professional career. The Capitols folded during his military service and the Syracuse Nationals (later the Philadelphia 76ers) purchased Lloyd’s contract. He returned to the NBA in 1952, where he built a reputation for his tough-as-nails defense and rebounding. Lloyd and a teammate became the first African Americans to win the NBA title when the Nationals captured it in 1955.

During the 1957–1958 season he took over the team’s coaching duties when the head coach was ejected from a few games. Lloyd ended his playing career in 1960 with the Detroit Pistons, for whom he was the NBA’s first African-American assistant coach. He became the league’s fourth black head coach in 1971. He later worked as an automotive executive and for the Detroit Board of Education. For his contributions to the sport, Lloyd was inducted into the Virginia Sports Hall of Fame in 1993 and the Naismith Memorial Basketball Hall of Fame in 2003.