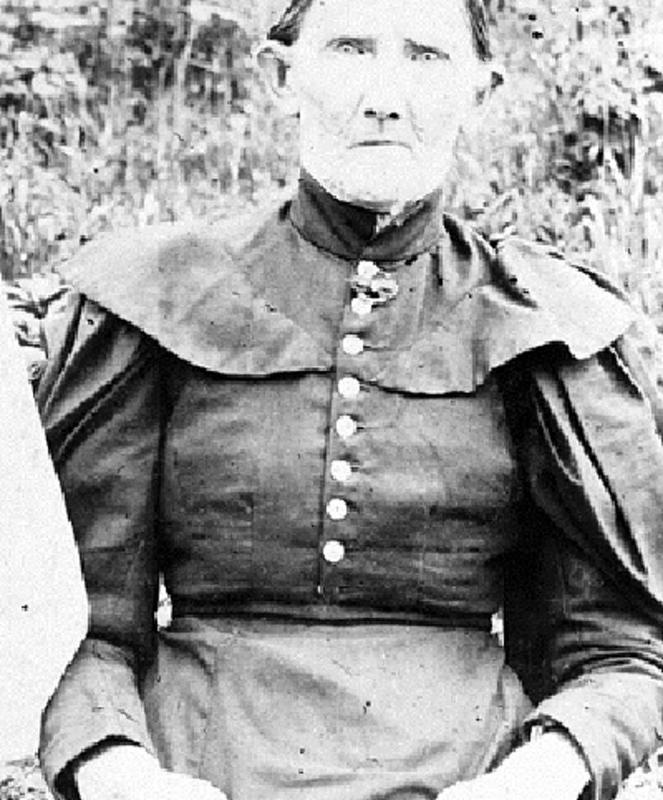 Born in North Carolina about 1844, Orleana Hawks Puckett (d. October 21, 1939) received little formal education before she married John Puckett at about age sixteen. They settled close to his family near Groundhog Mountain in Patrick County. Her first child was born in 1862 but died a few months later of diphtheria. Of her twenty-three subsequent pregnancies, none of the children born living survived more than a few days, possibly as a result of Rh hemolytic disease.

Orleana Puckett and her husband moved in 1875 to a nearby farm in Carroll County, where he built a two-story log house. She first served as a midwife in 1889, when no doctor or other midwife could be found for a neighbor. Puckett soon began traveling around the region, sometimes up to twenty miles distant, to deliver babies. She never charged for her services and became known throughout the area for her compassion and skill, having never lost a mother or baby during the more than 1,000 deliveries she attended. Forced to move from her home by the construction of the Blue Ridge Parkway in 1939, she died shortly afterward. A small cabin on her property was preserved by the National Park Service and incorrectly interpreted as Puckett's house. Continuing her legacy of care, the Orelena Hawks Puckett Institute, in Asheville, North Carolina, works to promote and strengthen child, parent, and family development.

Orleana or Orlean?
Researchers often face difficulties when primary sources don't agree. Throughout her lifetime, Orleana Puckett's first name was spelled differently by those who heard her name. For example, census takers recorded Olinah (1850), Pauline (1860), Aulina (1870), Orlena (1880), Aulina (1900), Orlenna (1910), Orlean (1920), and Orlene (1930). In 1913, when Puckett applied for a pension based on her husband's service in the Confederate army, the notary public who filled out the form spelled her name Orleana. However, descendants of her family and residents of the community where she lived remember her as Aunt Orlean. She could not write, so we don't know how she spelled it herself. Although we selected Orlean as a likely spelling based on our interpretation of the evidence, other researchers favor Orleana. What would you decide?