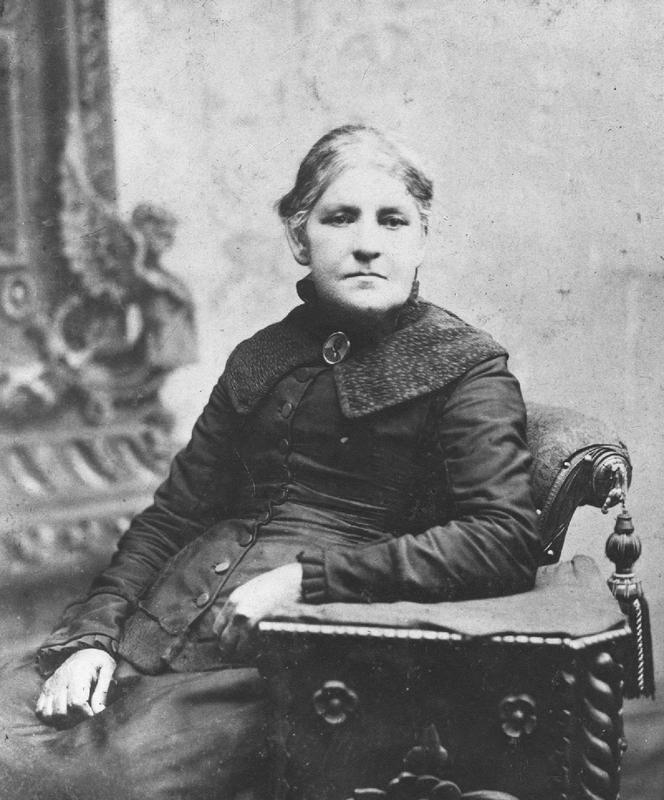 In 1839, while a slave, Lucy Goode (September 13, 1818–October 7, 1900) obtained permission from her master to marry and live with Albert Royal Brooks, another Richmond slave. The Brookses had seven children living in 1858 when Lucy Brooks and her three youngest children were sold to Daniel Von Groning. He allowed Albert Brooks, who operated a livery stable and eating house, to pay him in installments over four years for their freedom. In order to keep the rest of her family together Lucy Brooks set out for Richmond's business district and there found three local men to buy her older sons, who became free in 1865 when Union troops occupied Richmond. A fourth buyer purchased Brooks's eldest daughter, but he broke his pledge to keep her in Richmond and sold the girl to a buyer in Tennessee.

After Emancipation, former slaves flocked to Richmond seeking work and looking for missing family members. Having lost a daughter to the slave trade, Brooks had a special concern for the plight of parentless children. A leader of the Ladies Sewing Circle for Charitable Work, she convinced the group to support a home for orphans. She also obtained aid from the local Cedar Creek Meeting of the Society of Friends and won the backing of several black churches.

The orphanage building was completed in 1871 in Richmond's Jackson Ward neighborhood, and the General Assembly incorporated the Friends' Asylum for Colored Orphans in March 1872. After operating until 1932, the orphanage became a child-placement agency working primarily with foster families. Today the renamed Friends Association for Children operates three family-support centers, one on the site of the original orphanage building. The Lucy Brooks Foundation, created in 1984 to raise funds for the association, was named in honor of its founder.

Image Courtesy of the Friends Association of Children