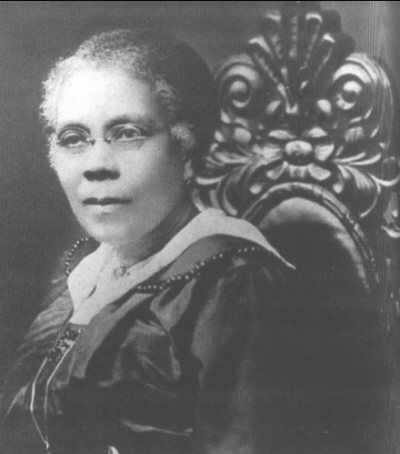 Rosa L. Dixon (January 7, 1855– February 7, 1931) was born likely enslaved in Amelia County. Her family moved to Richmond after the Civil War. Educated in schools operated by the Freedmen's Bureau, she graduated from the Richmond Colored Normal School. In 1879, she married James Herndon Bowser, and had one son before her husband's death two years later.

Rosa Bowser taught school and became the supervisor of teachers at Baker School in 1884. She brought women in the community together and provided lessons in child rearing and housekeeping. She organized reading circles for teachers that helped lead to the establishment of the state's first professional educational association for African Americans. As president of the Virginia State Teachers Association, Bowser called for educational reforms and higher salaries for teachers. Concerned about the plight of girls and boys in difficult circumstances, she cofounded the Woman's Department of the Negro Reformatory Association of Virginia, which raised money for the Industrial Home School for Colored Girls and the Virginia Manual Labor School for Colored Boys, both in Hanover County.

Active in the woman's club movement, Bowser founded the Richmond Woman's League in 1895 and participated in the creation of the National Association of Colored Women and of the Virginia State Federation of Colored Women's Clubs. Through them she advocated universal woman suffrage and fought against lynching and racial segregation.

In recognition of Bowser's many contributions, Richmond's first public library branch for African Americans was named in her honor.

Image Courtesy of the Black History Museum and Cultural Center of Virginia.