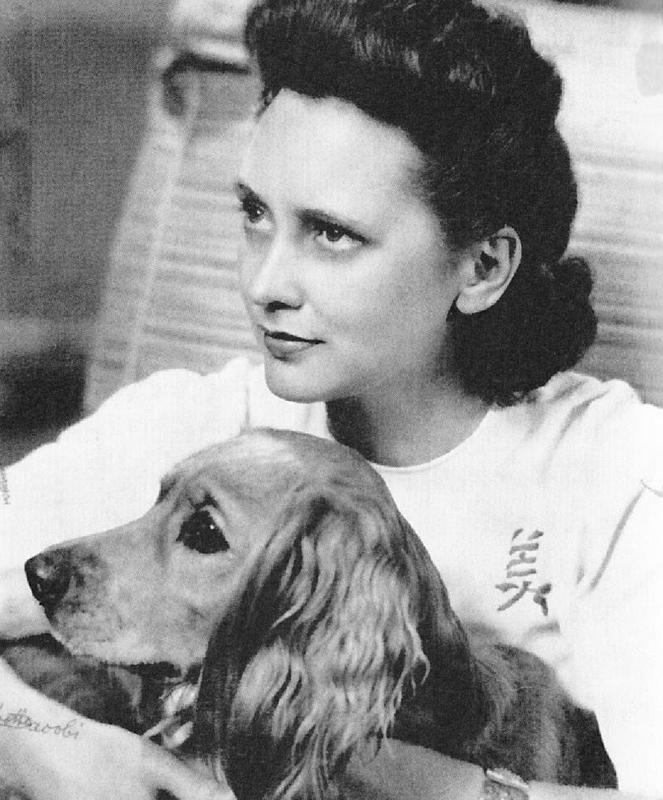 Born in Washington, D.C., and raised in Hawaii, Elizabeth "Betty" Peet McIntosh (b. March 1, 1915) was working as a correspondent for the Scripps Howard news service near Pearl Harbor when the Japanese attacked the naval base on December 7, 1941. After the United States entered World War II, she returned to Washington, where she covered Eleanor Roosevelt and government activities. Fluent in Japanese, McIntosh was recruited in January 1943 to join the Office of Strategic Services, the country's wartime intelligence agency whose ranks included actress Marlene Dietrich and chef Julia Child. Operating in Burma, China, and India, McIntosh was one of the few women assigned to Morale Operations, where she helped produce false news reports, postcards, documents, and radio messages designed to spread disinformation that would undermine Japanese morale.

After the war McIntosh wrote a memoir of her OSS experiences, published in 1947 as Undercover Girl. She also wrote two children’s books, Inki (1957) and Palace under the Sea (1959). McIntosh continued in public service and worked on assignments for the Joint Chiefs of Staff, Voice of America, the State Department, and the United Nations. In 1958 she joined the Central Intelligence Agency, successor to the OSS, where she worked until her retirement in 1973. Her book Sisterhood of Spies: The Women of the OSS (1998) describes the adventures of the brave women who served in the Office of Strategic Services during World War II.

Arts and Literature, Government and Law