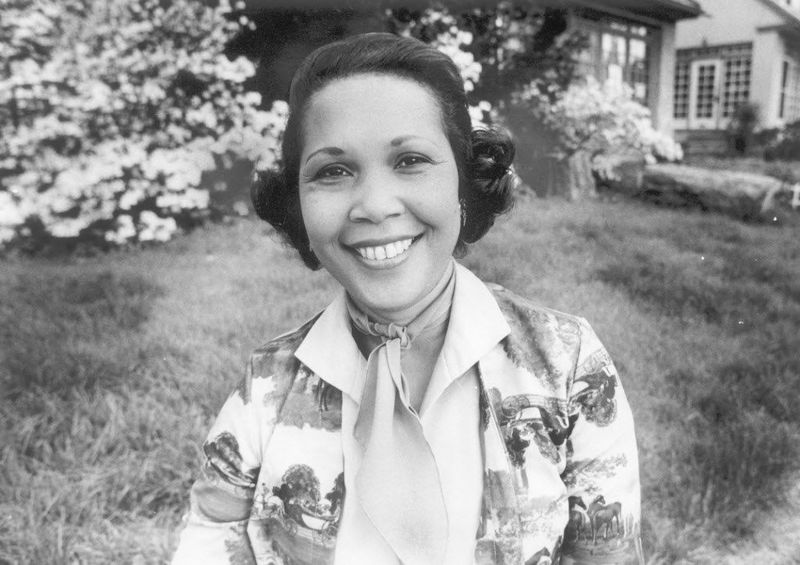 Barbara Rose Johns (March 6, 1935–September 25, 1991) moved to Prince Edward County from New York as a child. At age sixteen, she organized a student walkout at Robert Russa Moton High School, the county's high school for African Americans, to protest its overcrowded conditions and substandard facilities. Rather than build a new facility to accommodate the increased student body, the school board had constructed plywood and tar paper structures that lacked heating and plumbing.

Johns led the walkout on April 23, 1951, demanding the construction of a new school. She contacted Virginia NAACP attorney Oliver W. Hill, who agreed to take up the case on the condition that the students sue for desegregation rather than equal facilities. The suit, Dorothy Davis et al v. County School Board of Prince Edward County, Virginia, challenged the concept of "separate but equal" that had been established by the Supreme Court in 1896. The Davis case became one of five incorporated into the 1954 landmark decision Brown v. Board of Education, which struck down school segregation as unconstitutional. As part of Virginia's Massive Resistance to desegregation, Prince Edward County cut off funds to its public schools, which remained closed from 1959 to 1964.

Following the student strike, Johns was sent away from the volatile situation in Farmville to live with relatives in Alabama. She finished school and married William Powell, with whom she raised five children. She earned a master's degree from Drexel University and worked as a librarian in the Philadelphia Public Schools. Today, a monument at Richmond's Capitol Square commemorates the efforts of Barbara Johns Powell and the students of Moton High School in leading the fight for civil rights.