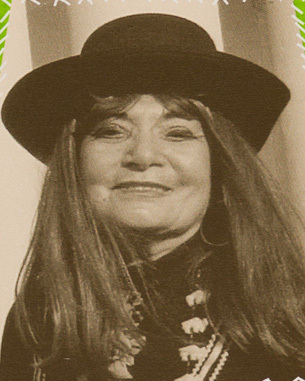 A member of the Mashpee Wampanoag Tribe, Thomasina E. Jordan was raised by her grandparents in Massachusetts after being orphaned as a child. She earned a BFA and an MFA at Bishop Lee College, in Boston. She also studied at the American Academy of Dramatic Arts, in New York City, and later at Harvard University. Throughout her career, Jordan advocated educational opportunities for American Indians and worked as a consultant for tribes around the country. As a special education teacher she used puppets, music, poetry, and song in her teaching. She received a doctorate in special education from the Catholic University of America.

In the 1970s, Jordan co-chaired the American Indian Forum, with the goal of serving as a conduit for tribes to raise issues with federal agencies. She was also co-chair of the American Indian Alliance and national chair of the American Indian Cultural Exchange. After moving to Alexandria, she helped Virginia's Indian tribes work together to achieve official state recognition during the 1980s. The governor appointed Jordan chair of the Virginia Council on Indians in 1994 and she was reappointed in 1997. She chaired Alexandria's annual American Indian Festival and also raised money for many American Indians to attend international folk festivals and share their culture. The Chickahominy and Nansemond tribes of Virginia named Jordan as an honorary tribal member. In addition to her work with Indian communities, she served on numerous boards, including Save the Children, the National Rehabilitation Hospital, and the national advisory council for Federally Employed Women. Jordan never stopped her advocacy and just days before her death on May 23, 1999, she lobbied members of Congress for the introduction of a bill granting federal recognition to Virginia's tribes.