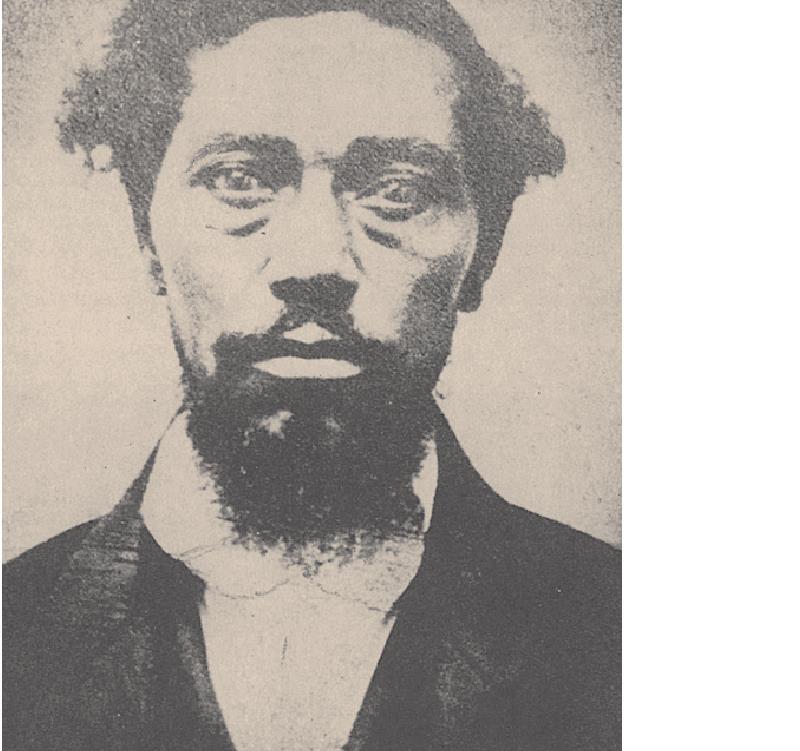 Dangerfield Newby (ca. 1820-1859) was born in Culpeper County, the oldest child of Henry Newby, a white man, and Elsey Newby, an enslaved black woman. In 1858, Henry Newby sold his land in Culpeper and moved with his family to Bridgeport, Ohio, thereby freeing his wife and their children. Shortly after moving to Bridgeport, Dangerfield Newby began raising money to buy his own wife and children, who were enslaved in Prince William County, Virginia. In the spring and summer of 1859 his wife wrote to him three times expressing concern that her owner would sell her before Newby was able to raise the money to free her. "Come this fall with out fail monny or no monny I want to see you so much," Harriet Newby wrote. "[I]t is said Master is in want of money[:] if so I know not what time he may sell me an[d] then all my bright hops of the futer are blasted."

Newby raised nearly $742 toward the $1,000 price that Harriet Newby's owner had set for her and one child, but he was unable to free his family. Shortly after learning of this disappointment, he joined John Brown in the planning for the raid on Harpers Ferry. During the raid, Newby shot and killed a grocer before he himself was shot and killed. His wife's letters were found on his body. In the 1890s his remains were moved from an unknown location to John Brown's Farm in North Elba, New York.