Art Exploration: Design a poster to accompany this leaflet.

Social Media Spin: Create tweets that could have been sent out for each of the Virginia women highlighted in the leaflet. 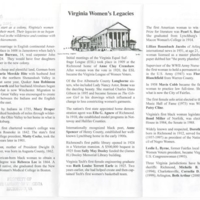 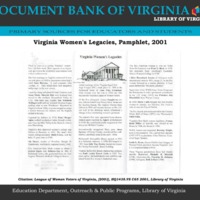