The English established Jamestown or Fort James as it was also known, in 1607. Soon after their arrival, the English began to claim that the land belonged to them as the Virginia Indian tribes did not state in explicit terms that they owned the land. Perhaps this was a misunderstanding or translation-related issues as the English and Powhatan Indians did not speak the same language. In the end, the land was claimed, at first, by the Virginia Company of London who sponsored the voyage and establishment of the colony. Later, the land was claimed by King James the first after the colony was nearly abandoned during the starving time in 1609- 1610.

In the 17th Century colonial period, land grants were given to encourage settlements, farms, and missions. A headright system was put in place on the Jamestown colony in 1618 to resolve issues related to labor shortages and the burgeoning tobacco economy which required many workers and large parcels of land. If and individual paid for their passage to the colony and if they survived for a long enough period of time, they would be granted land. Headrights and land grants were given to heads of household and given more land each time they paid for another person to make the voyage to Virginia. The system acted as an incentive to have families make the voyage to settle land in the colony. It should be noted that Indentured servants often did not survive their contract to receive land and enslaved African were ineligible for headrights and land grants.

By the early 18th Century, the process of determining who could receive a land grant had changed. The royal governor or the lieutenant governor of the colony had the power to determine who received land grants. Very often the land grants were given to those men who already owned property or who were from wealthy families in England. Individuals who were not given land grants, even if they were rightfully earned, disagreed with system and how land grants were distributed. There were also cases in which land which was already owned or settled was given to another person as part of a land grant. Robert Beverly was one such person, who lost land to a land grant given lieutenant governor Alexander Spotswood in 1710.

Robert Beverley, Harry’s father, became a surveyor, justice of the peace, a church vestryman, a major in the militia, and acting attorney general in Middlesex County. Eventually he became a member of the House of Burgesses and had served a chief clerk for the governor’s council. He was also an author and successful tobacco plantation owner. In 1710, he petitioned Alexander Spotswood on behalf of Harry Beverly, his son, to contest a land grant in Essex County, Virginia. The land which joined the lower side of the Pewmansend Creek and the nearby swamp land was part of a land grant and the ownership of the land was contested. The document asks Alexander Spotswood to intercede and that the land be given to one or more orphan children of Thomas Thorpe who was the son of George Thorpe, an investor in the Virginia Company of London, owner of the Berkeley Hundred Plantation, and distiller of corn whiskey who was killed in Henricus in 1622. The families were connected as early settlers of the colony and as prominent tobacco plantations owners. The giving away part of a land grant was unusual, but not unheard of amongst early plantation owners.

Preview Activity
Scan it: Scan the document. What stands out to you? What do you notice about the way the document was written?

Post Activities
Analyze: Headrights and land grants were an important part of the settlement of the English colonies. Who were the most likely to be given a land grant? Why? How did the land grant system influence the transfer of property beyond the 17th and 18th Centuries?

Food for Thought: How might the events surrounding Beverley’s petition been different if he had not been a prominent member of the early colony? Would a request such as this one been heard by the lieutenant governor? Why or why not?

Be the Journalist: You are a journalist writing a story about the headright and land grant system in early colonial Virginia. What important information would you include in your article? Create a graphic to be included in your article which would make the system easier for your audience to understand. 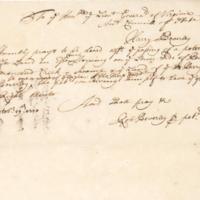 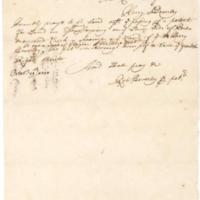 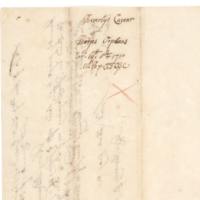 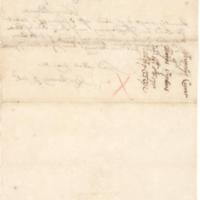 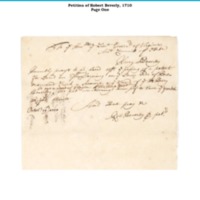 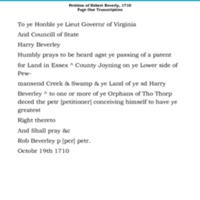