By the turn of the century, the call for Prohibition had become a national issue, espoused by many politicians and pushed by several strong organizations. The American Temperance Society, started in 1826, acted as a support group for members who took a pledge to abstain from alcohol. The Prohibition Party, founded in 1869, is the oldest existing third party in the United States, garnering 5,617 votes in the 2016 presidential election.  The Women’s Christian Temperance Union, started in 1874, tended to focus on the moral implications of drinking and its effect on the family. Formed in 1893 in Ohio, the Anti-Saloon League used statistics, not morals, to fight the war on alcohol. Every year, the Anti-Saloon League published a yearbook, an “encyclopedia of facts and figures dealing with the liquor traffic and the temperance reform.” Armed with these facts, dedicated Prohibitioners could try to convince the reluctant and unenlightened in family arguments, formal debates, and letters to politicians and newspapers.

The 1930 Yearbook contained a poll of high school seniors and their attitudes about alcohol. Commissioned in April of 1929 by the Department of Moral Welfare of the Presbyterian Board of Christian Education, the study was surprisingly objective. The book explained the methodology of the poll in some detail: letters were sent out to schools in eighteen states “from every type of community from urban centers like New York to small towns in the south and mid-west.” Each school received twenty questionnaires that were to be given out at random to high school seniors. No names were to be signed to the questionnaire. The questions were unbiased and straightforward. “Every attempt was made to eliminate all tinge of the investigator and any so-called moralistic influence in carrying out the study.”

The results were interesting. Overall, 79 percent of students surveyed said they did not drink at all. Moreover, 70 percent  thought that Prohibition laws had benefitted the nation, with attached notes registering “several very violent opinions on both sides of this question.”  Asked if moderate drinking would injure their prospects, 92 percent thought that drinking would be detrimental to athletics, while 74 percent believed that alcohol would diminish their chance of success in business. An overwhelming 96 percent of the seniors interviewed did not think it was necessary to drink in order to be popular. Ironically, when Prohibition was repealed in 1933, the 17-year-old seniors who participated in this survey were just turning 21, so they could legally drink alcohol.

Current Connections: Do you think the results of this survey would be similar if it were given today? In what categories would you expect the greatest changes? Check out some recent polls from the Centers for Disease Control: https://www.cdc.gov/alcohol/fact-sheets/underage-drinking.htm

Analyze: Why do you think 87 percent of students did not give an answer to mother’s occupation?  To what extent do you believe this fact is significant?  Why or why not? 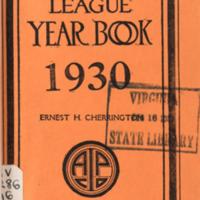 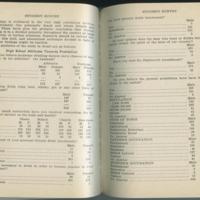 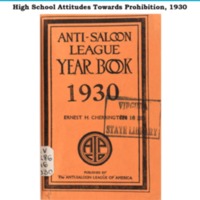 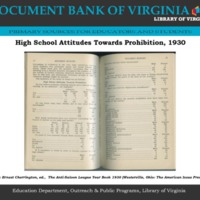