The Maymont House, Photograph, circa 1939

James H. Dooley was a Virginia politician and businessman in the late 19th and early 20th centuries. After the Civil War, he amassed afortune by expanding railroad services. In 1869, he married Sallie May Dooley, a daughter of a prominent family who held romantic views of life in antebellum Virginia. With this wealth, he constructed two large estates, Maymont and Swannanoa.

Maymont is a 100-acre estate with a 33-room, 12,000-square foot house. While the main parts of the house are decorated in the finest of global fashions, the lower half of the house served as servants' quarters.  The majority of the Dooley’s domestic servants were African Americans, and the quarters are segregated from the rest of the house with a separate entrance and separate staircase. Although Mr. Dooley was abundantly wealthy, as illustrated by his lavish homes, he had no children.  Much of his money went toward philanthropy, including the support of orphans.  After his death and that of his wife, Maymont was donated as a public park.

Analyze: What can the Dooley's story tell us about the economy following Reconstruction?

Artistic Exploration: Design a Gilded Age mansion. What sorts of amenities would you include? What supporting buildings are needed to run the estate?

Artistic Exploration: Look at the photograph of the Dooley mansion. From the photo, what specifically can you conclude about the wealth of the occupants? Be specific as you cite architectural and size components. 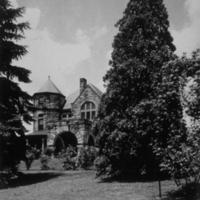 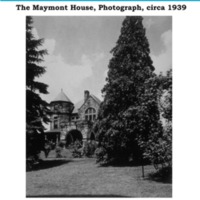