The colonial era in American history is essential in setting the framework for all the eras to follow. Nearly two centuries of colonization on the continent and in the Caribbean provide three distinct groups to study – indigenous peoples, Africans brought to the colonies and Europeans, both the colonial powers and the generations born on American soil. The varying reasons for departure from Europe set the stage for how different colonies came into being, and interacted with each other. Violent conflicts, importation of disease and dispossession of native lands were all results of Europeans’ interactions with the indigenous populations. The importation of slaves also led to an economic structure in some colonies that became, in their minds, reliant on the continued existence of slave labor.

The role of religion is extremely important during this time period. It was a defining characteristic of some colonies, as opposed to the economic reasons others were established. Ideas of religious freedom, denominationalism and the Great Awakening all impacted daily life in the colonies. Government structure and political life had distinct characteristics in New England, the mid-Atlantic, and the South differed in the ways they groped their way toward mature political institutions. Religion and politics were often influenced by the European nation who colonized the area – French, Spanish, Dutch or English. Economics were affected by geographic location and the local natural resources, adding to regional differences, and sometimes, division.

Meherrin Indians, Petition to the Governor of Virginia, 1723

As English colonists settled Virginia, they came into conflict with various groups of Virginia Indians over the concept of landownership. The Virginia Indians did not believe in land ownership in the same way as the English settlers. They would not… 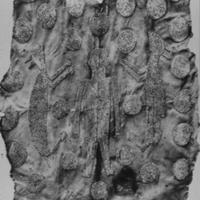 The image shown is a deer skin mantle that was believed to have been presented by Paramount Chief Powhatan to Captain Christopher Newport of the Virginia Company of London in 1608.The mantle, which is embroidered with shells and depicts a man and two…

Thomas West (1576-1618), the twelfth Baron De la Warr, was appointed by King James I in 1606 to be part of the royal council that oversaw the Virginia Company of London. He remained in England, where he helped monitor things from afar and would…

Joshua Fry and Peter Jefferson, A Map of the Most Inhabited Part of Virginia, 1755 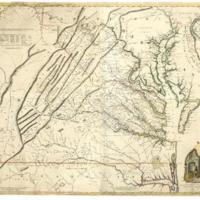 The Fry- Jefferson map was first published in 1753. It was, at the time, the most comprehensive map of 18th Century Virginia. Joshua Fry and Peter Jefferson were two of the most successful surveyors in the Virginia Colony. They collaborated and…