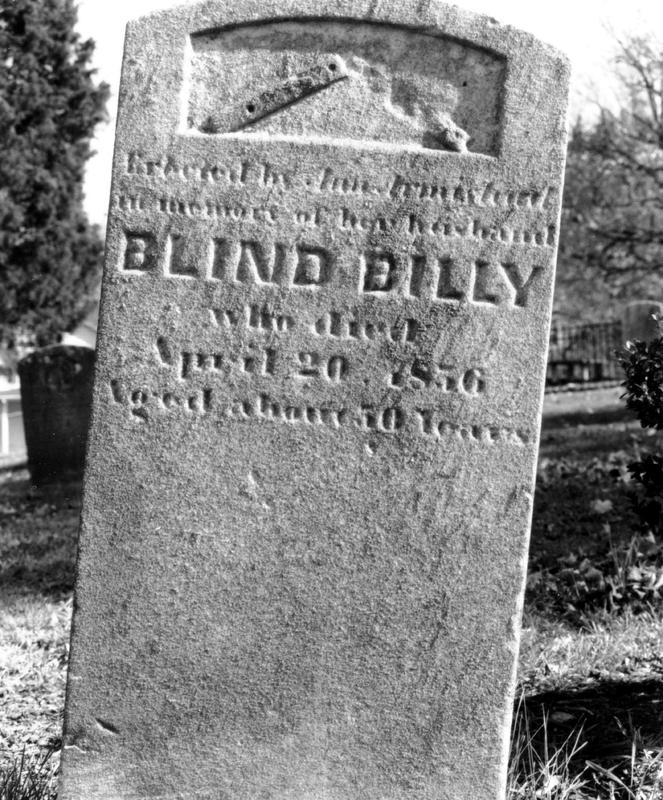 Billy, or Blind Billy (ca. 1805–April 19, 1855), was a Lynchburg fifer who was so renowned that his death was noted not only in Lynchburg newspapers but also in Richmond. A slave, he eventually gained his freedom.

Blind Billy, as he was named in all known references, was part of a long tradition of black military musicians. Fifers and drummers played on almost every public occasion. After parades, they would perform around town. One chronicler described Blind Billy standing on a street corner late into the evening playing "delightful old time music." Blind Billy and Tom Perkins, a bank clerk and violinist, "would stand in the later hours of the night in front of the bank in which Mr. Perkins was employed, [where] they would send forth melody that would inspire a stoic with cheerfulness."

One of the songs associated with Blind Billy, "Wandering Willie," was a popular tune with diverse titles, which he reportedly played with much pathos. Like typical fifers of his time, Blind Billy played at balls and parties as well as on public occasions. As with other antebellum black musicians throughout the South, he drew from British tunes and African melodic traditions to create an American music.

Blind Billy was said to recognize the voices of all who spoke to him as he walked the city's streets unaided. No source explains his sightlessness. His obituary noted that he had been raised and owned by Howell Davies, but that he had obtained his freedom a few years earlier. Blind Billy's tombstone reads, "Erected by Ann Armistead, in memory of her husband Blind Billy." But Billy's surname remains unknown. Whether slave or free, Ann Armistead might have retained her last name if marrying an enslaved person. Blind Billy died in 1855 and was buried in Lynchburg's Old City Cemetery (also known as the Old Methodist Cemetery) by the Overseers of the Poor. An incorrect death date on the marker suggests that it was placed well after his death.