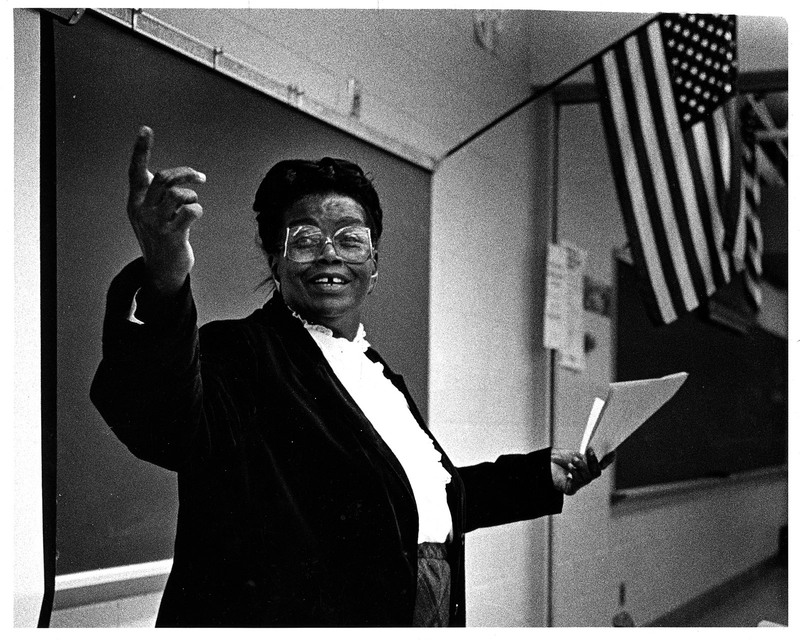 Principal in a Case to Invalidate the Poll Tax

Evelyn Thomas Butts (1924-1993), of Norfolk, took in boarders to support her three daughters after her husband was disabled during World War II. She was president of the Oakwood Civic League, which persuaded the city during the 1950s to construct a new middle school so that African American students would not have to ride the bus across town to a segregated school. An active member of the National Association for the Advancement of Colored People, she was a leader in the civil rights movement in Norfolk from the 1960s through the 1980s.

In November 1963 Butts filed the first suit in federal court challenging the constitutionality of the poll tax that Virginia imposed as a prerequisite to voter registration. Annie E. Harper and others from Fairfax County later filed a second suit, both of which reached the United States Supreme Court. Solicitor General Thurgood Marshall argued in support of Butts's assertions that the poll tax placed an unfair and unconstitutional financial burden on voter registration. On 24 March 1966 the Supreme Court ruled in the combined cases called Harper v. Virginia State Board of Elections that the poll tax was unconstitutional as Butts had originally stated. She then organized voter registration drives and founded the Concerned Citizens for Political Education. Butts was active in the Democratic Party, served for twelve years on the board of the Norfolk Redevelopment and Housing Authority, and in 1982 became a member of the State Board of Housing and Community Development. In 1995, the City of Norfolk renamed a street in her honor.