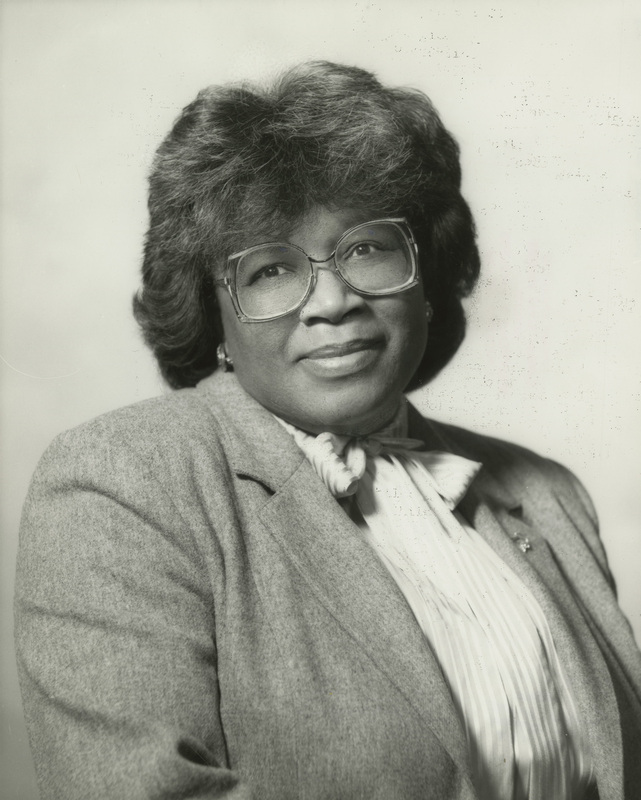 In her career in the Virginia General Assembly, Yvonne Bond Miller (July 4, 1934–July 3, 2012) has been a role model for women. The first African American woman to sit in the House of Delegates, she continued her political aspirations as the first African American woman elected to the Senate of Virginia and to chair a General Assembly committee. She now chairs five committees and is the longest-serving woman in the Senate. On the Senate floor Miller fights for the underrepresented of Virginia, championing programs and services for senior citizens, funding for education, and restoration of rights for felons who have completed their sentencing requirements.

Miller grew up poor with twelve siblings in segregated North Carolina and overcame many obstacles. Always striving to learn, she received a Ph.D. and taught education at Norfolk State University. As a professor and head of the department of early childhood and elementary education, Miller touched the lives of countless students and perpetuated her love of teaching and learning. She retired in 1999 and is now professor emeritus.

Miller believes that women have special talents as problem-solvers and negotiators that make them good leaders. She encourages all women to exercise their political rights by running for office or supporting female candidates. Miller demonstrates those skills she admires in other women in her relationships with her colleagues at the Capitol, who have described her as having "a great kindness about her" That kindness and a belief in the rights of all Virginians to education and political voice have fueled Miller's lifelong dedication to others.