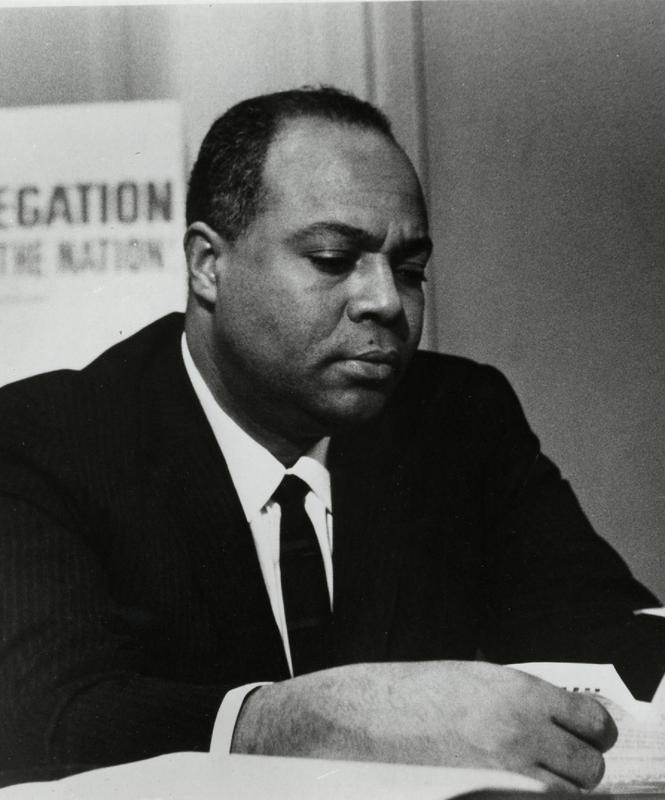 The grandson of a slave, Texas native James Leonard Farmer (January 12, 1920–July 9, 1999) first encountered segregation as a child, when he could not purchase a soda in a Mississippi drugstore because of his skin color. Although he trained in the ministry, segregation in churches pushed him toward a career in activism. In 1942 Farmer became the chief organizer of the Chicago-based Congress of Racial Equality. CORE, as it became known, developed into a national civil rights organization that used nonviolent techniques such as sit-ins and peaceful demonstrations to fight segregation. Farmer became CORE's national director in 1961 and organized the Freedom Rides through the South to desegregate interstate bus travel.

After resigning as CORE's director in 1966, Farmer labored during the next two decades to expand African American employment opportunities, served as an assistant secretary in the United States Department of Health, Education, and Welfare, and devoted himself to educating future generations. Early in the 1980s he moved to Spotsylvania County and taught at Mary Washington College for more than a decade. Farmer's book Freedom—When? (1965) examined civil rights issues. He also wrote a memoir, Lay Bare the Heart: An Autobiography of the Civil Rights Movement (1985). Along with Martin Luther King Jr., Whitney Young, and Roy Wilkins, Farmer was regarded as one of the "Big Four" in the civil rights movement. Farmer received the Presidential Medal of Freedom, the nation's highest civilian honor, in 1998.

Image Courtesy of the James L. Farmer Collection, the Digital Archives at the University of Mary Washington.