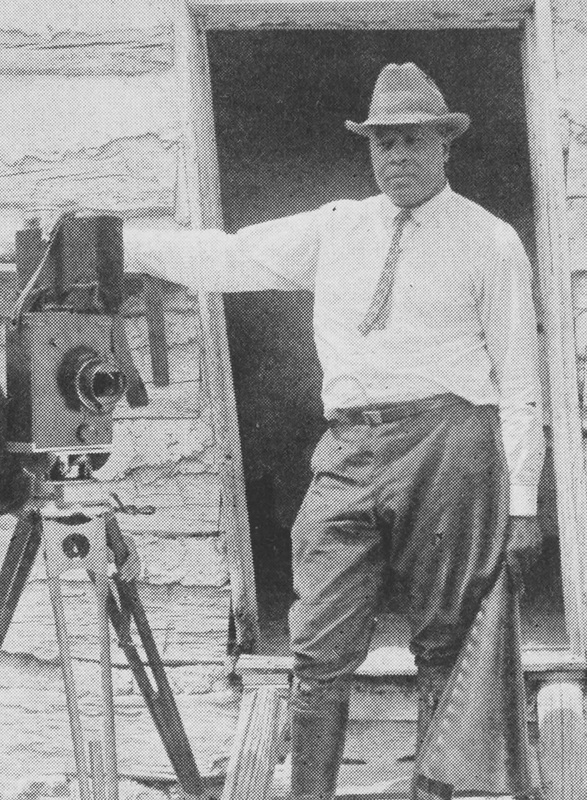 Born in Illinois to former slaves, Oscar Devereaux Micheaux (January 2, 1884–March 25, 1951) is often recognized as the country's first African American filmmaker and as a pioneer in the use of all-black casts. His first feature-length film was The Homesteaders (1919), which he wrote, directed, and produced. With more than forty films to his credit during his career, Micheaux also wrote and self-published novels, including The Conquest: The Story of a Negro Pioneer (1913) and The Case of Mrs. Wingate (1945). In his books and films, such as Within Our Gates (1920), Micheaux sought to counter negative and demeaning portrayals of African Americans present in such films as D. W. Griffith's Birth of a Nation (1915).

Seeking investors, Micheaux contacted several African American businessmen in Roanoke who expressed interest in financing his films. In 1922 he established a corporate office in the Gainsboro neighborhood's Strand Theatre, where he made at least six films over the next three years. Micheaux often filmed scenes in Roanoke, and one movie, The House behind the Cedars (1927), of which no print survives, included a brief appearance by Oliver W. Hill, who later became an important civil rights attorney. Micheaux left for New York City in 1925, where he achieved further fame as part of the Harlem Renaissance. In 2008 the city of Roanoke erected a state historical marker highlighting his work, and in 2010 the United States Post Office issued a commemorative stamp honoring Micheaux as part of its Black Heritage series.


Nominated by Peggy DeHart on behalf of the 2010–2011 first-graders at Belview Elementary School, Radford.