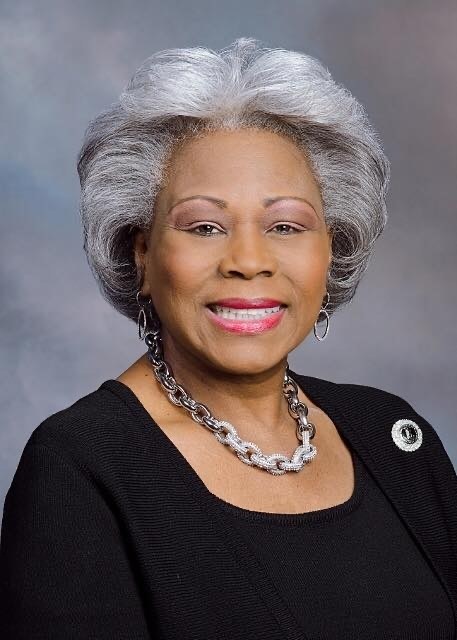 Portsmouth native L. Louise Lucas was one of the first women to graduate from the apprentice program at the Norfolk Naval Shipyard, where she became its first female shipfitter in 1971. Later she worked as the command’s Federal Women's Program manager and as an Equal Employment Opportunity officer. She studied vocational-industrial education and urban affairs at Norfolk State University, earning a BS in 1971 and an MA in 1982. Lucas joined its faculty in 1994 as an assistant professor coordinating research efforts and securing federal aid to develop retraining programs as a result of military and defense industry downsizing in the region. A respected entrepreneur, Lucas is the president and CEO of Lucas Lodge and other related businesses providing residential and health care services for intellectually disabled adults.

Concern about substandard housing led her to get involved with the Portsmouth Emergency Housing Coalition. Continuing her anti-poverty efforts, Lucas served as director of the Southeastern Tidewater Opportunity Project from 1985 to 1992. Believing that "power concedes nothing without demand," she embarked on a political career in 1984 when she became the first Black woman to win election to the Portsmouth City Council. In 1991 Lucas was elected to represent southeastern Virginia's 18th District in the Senate of Virginia, and in December 2019 she became the first woman and the first African American elected its president pro tempore. Throughout her career, Lucas has advocated legislation related to voting rights restoration, reducing firearms purchases and expanding background checks, redistricting, regulation of casino gaming, and expansion of health care for Virginians.

Business and Entrepreneurship, Community Leadership and Philanthropy, Government and Law