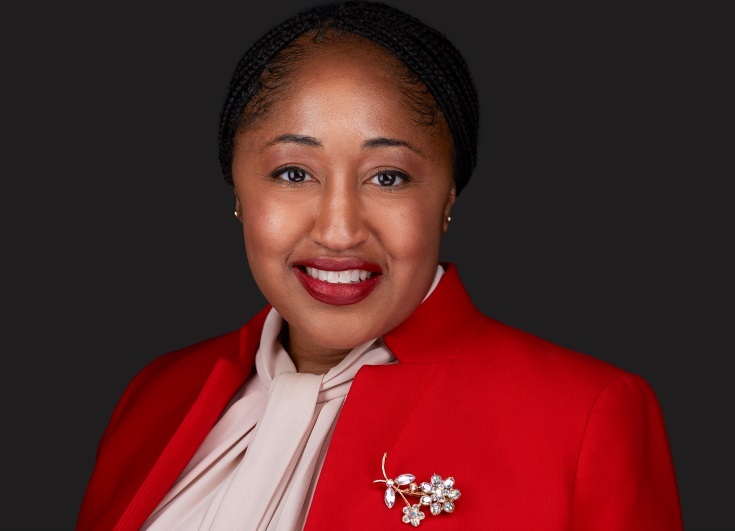 Krysta Jones grew up in a U.S. Navy family and was encouraged to understand the importance of African-American history. After graduating from the University of Florida, where she directed Students Taking Action Against Racism, she spent two years in Paraguay with the Peace Corps. She settled in Arlington County, worked as a lobbyist, and studied at the University of Virginia's Sorensen Institute for Political Leadership to hone her skills as an advocate for others. While earning a master's degree at The George Washington University's Graduate School of Political Management, Jones was challenged to expand her thesis on Virginia's lack of African-American representatives in Congress, and in 2006 she established the Virginia Leadership Institute. Now known as Vote Lead Impact, her nonpartisan organization trains and mentors African Americans to run for elected office at all levels in Virginia and nationwide and also awards scholarships to those who want to pursue leadership development programs.

Jones strives to bring diversity to government and engages women and young people in advocacy work to develop the next generation of leaders among traditionally underrepresented populations. A member of Zeta Phi Beta Sorority, Inc., she has invested countless hours in leading social action efforts and mentoring women in politics around the world. She published A Seat at the Table, an interactive guide to help people get involved in solving community problems. Active locally, Jones has served on the boards of the Junior League of Northern Virginia and the Arlington Community Foundation, and in 2014 she was named one of Leadership Arlington's inaugural 40 Under 40 honorees for her efforts to inspire and build connections among future community leaders.