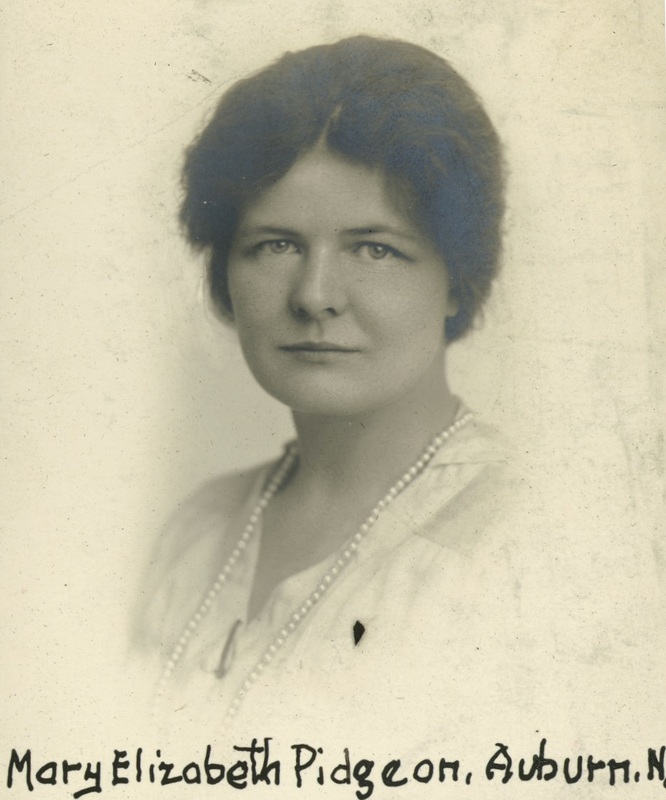 Mary Elizabeth Pidgeon (August 2, 1890–November 24, 1979) grew up in a Quaker Community in Clarke County and attended a Quaker school in nearby Loudoun County before graduating from Swarthmore College in 1913. While a student she began taking part in woman suffrage events and in 1917 she went to work as a field organizer for the National American Woman Suffrage Association in New York and South Dakota. Late in 1918 the association sent Pidgeon to Virginia to assist with the Equal Suffrage League's campaign to gather tens of thousands of signatures in support of a woman suffrage amendment to the U. S. Constitution. An energetic and capable canvasser, Pidgeon enrolled supporters in the northern counties where she had grown up, in eastern Virginia, and in southwestern part of the state until 1920.

In anticipation of ratification, the Equal Suffrage League created citizenship schools in cooperation with the University of Virginia's Extension Bureau and named Pidgeon as state director. She directed the schools, which were held around the state to educate women about voting and public policy, until 1926. She was particularly interested in government efficiency and earned a master's degree in political science from the university in 1924. She joined the Women's Bureau of the Department of Labor in 1928, directing its influential research division and the economic studies section. Pidgeon wrote or co-wrote about 30 reports on women in various workplace settings out of the almost 200 official reports issued by the Woman's Bureau before she retired in 1956.