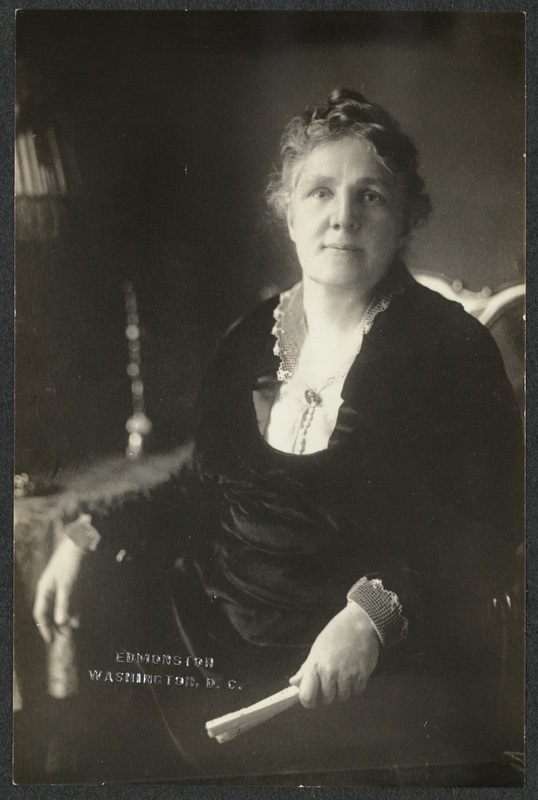 Growing up in Massachusetts, Sophie Gooding Rose Meredith (December 12, 1851–August 27, 1928) was educated in the Quaker values of racial and gender equality and peace. She married a lawyer from Richmond and settled there. As her children grew up she began advocating improvements to the city's public schools and joined the Richmond Education Association.

In 1909 Meredith was one of about twenty socially prominent women who founded the Equal Suffrage League of Virginia. Believing that in a democracy "all the people, not one-half the people, may make the laws that we must all live under," she argued that women could help elect legislators to pass laws that would make the world a better place. Meredith served as one of the league's vice presidents until 1915, when she organized the Virginia branch of the Congressional Union for Woman Suffrage (later the National Woman's Party), which had been established to advocate a woman suffrage amendment to the United States Constitution. After Virginia's General Assembly had defeated proposals to amend the state constitution three times, Meredith believed that a federal amendment would be the quickest way to achieve voting rights for women.

Despite being in her sixties, Meredith joined the National Woman's Party pickets at the White House, who stood with banners criticizing the president for not supporting woman suffrage, and was arrested in 1918 for demonstrating at Lafayette Park. After the Nineteenth Amendment was ratified in 1920, Meredith continued to chair the Virginia branch of the National Woman's Party and advocated an equal rights amendment until her death.