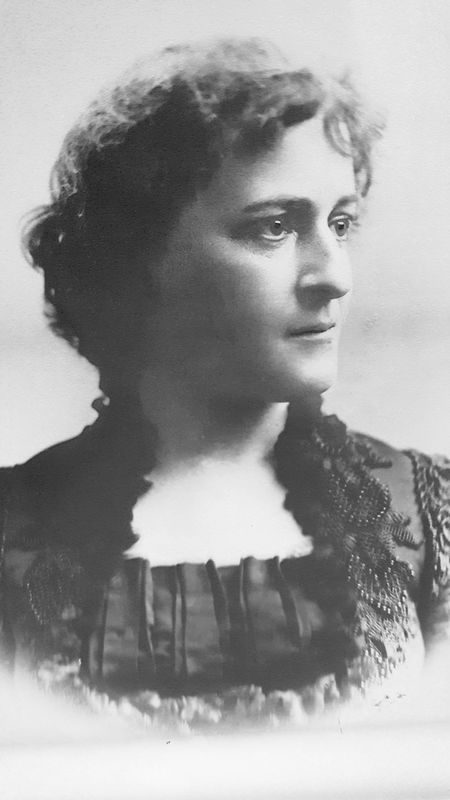 Elizabeth Dabney Langhorne Lewis (December 9, 1851–January 30, 1946) had long been active in cultural and charitable organizations when she founded the Equal Suffrage League of Lynchburg in 1910, one of the earliest local branches of the Equal Suffrage League of Virginia. She served as president of the Lynchburg league until 1920 and was a vice president of the state league from 1911 to 1920, when the Nineteenth Amendment guaranteeing women's right to vote was ratified.

Believing that a "woman's qualification for citizenship is as valid as the man's," Lewis argued that women were entitled to equal suffrage. She devoted her energy to the cause during the 1910s, traveling around southern Virginia to make public speeches and organize local leagues in the effort to secure a woman suffrage amendment to the state constitution. She addressed committees of the House of Delegates in 1912 and 1914, when the General Assembly considered, but did not pass, such an amendment. Lewis also participated in public events, including the March 1913 national suffrage parade in Washington, D.C., where she helped carry the Virginia banner. In August 1917 she and her daughter Elizabeth Otey, who was then a member of the National Woman's Party, joined other suffragists in picketing the White House.

When the Virginia League of Voters was organized after ratification in 1920, Lewis was elected to the board of directors and in 1926 was elected president. She also served as the first president of the Lynchburg league from 1920 to the mid-1930s. In 1931 Lewis's name was included on the national league's honor roll in recognition of her work.

Image Courtesy of the Lynchburg Museum System.
Audio clip: excerpt from Elizabeth Lewis's January 19, 1912, speech to a committee of the Virginia House of Delegates printed in the Equal Suffrage League's pamphlet, Make Your Women Free, read by Library of Virginia staff.