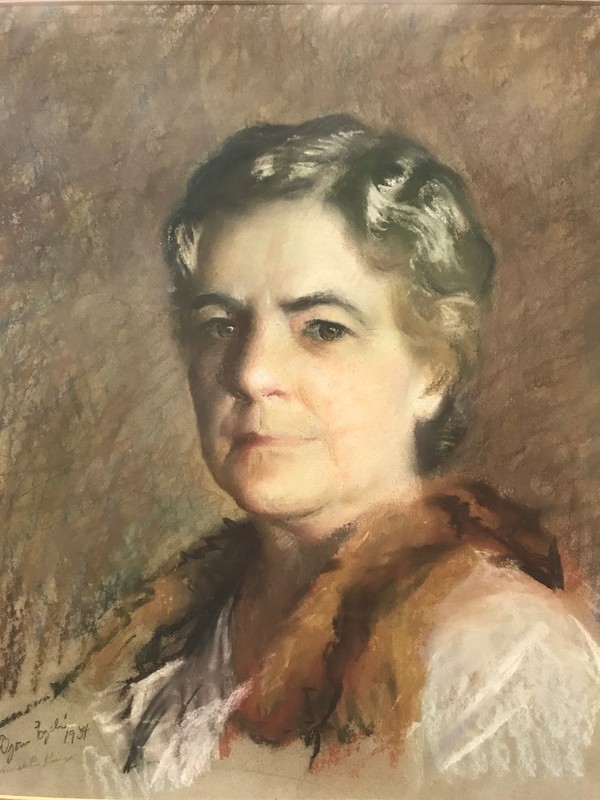 Growing up in Staunton, Fannie Stratton Bayly King (September 27, 1864–January 13, 1951) attended the academically rigorous Augusta Female Seminary. She became active in many community improvement projects and organizations, supporting public health work and serving as president of the local branch of the Co-Operative Education Association that worked to improve public education. She helped found the Staunton Civic Club in 1911 and served as president of the Virginia Federation of Women's Clubs, an organization that frustrated her when it refused to endorse voting rights for women.

King believed strongly in woman suffrage and was elected president of the Staunton Equal Suffrage League in 1913. The league distributed literature, encouraged public suffrage debates, and wrote legislators and congressmen. King arranged for prominent suffrage speakers to visit Staunton and she also spoke to local groups. After her speech to the Working Men's Fraternal Association, she later recalled that her "male relatives and friends crossed the street or dodged into stores to keep from speaking to such a bold bad woman!!!" King withdrew from her work after her only child died in 1917, but after the Nineteenth Amendment was ratified she participated in the founding of the League of Women Voters and served on the Children's Code Commission, which recommended numerous legislative reforms passed by the General Assembly.

A supporter of public libraries for most of her life, King donated her house, Kalorama, to the city for use as the public library, and continued to live there in an upstairs apartment until her death.