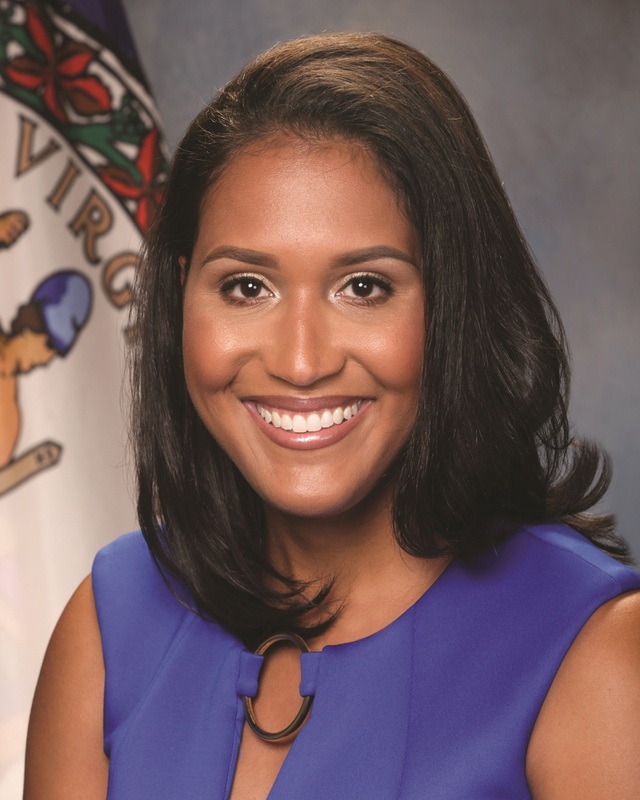 Growing up in Charles City County, Kaci Easley was inspired by the examples of her mother, a former director of the Virginia Council on Human Rights, and her grandmother Iona W. Adkins, who served from 1967 to 1988 as clerk of the Charles City County Circuit Court. Easley earned a business degree from Hampton University and a master's in public administration from Virginia Polytechnic Institute and State University. Following her family's example of public service, Easley worked at the U.S. Department of Agriculture as a program analyst, a project manager with its National Finance Center, and as an administrative officer at its Natural Resources Conservation Service. In 2014, she was appointed to the staff of Virginia's Secretary of Natural Resources, who works to advance the governor's environmental priorities.

Only 27 years old when she was named director of Virginia's Executive Mansion, Easley was the first African American to hold that post. She supervised a full-time staff of five and helped care for the governor's family while hosting hundreds of official state events and receptions at the oldest continuously occupied governor's residence in the United States. During her time there, she was an advocate for the governor's goal of expanding opportunities for all Virginians. She helped spearhead projects that led to the unveiling of portraits in the mansion of Richmond civil rights attorney Oliver W. Hill and civil rights activist Barbara Johns. Easley also worked with the First Lady to make the mansion more environmentally friendly and accessible to all.

In 2018, Easley joined McGuireWoods Consulting, where she is a vice president in the Virginia State Government Relations group and specializes in executive and legislative affairs and local government relations.