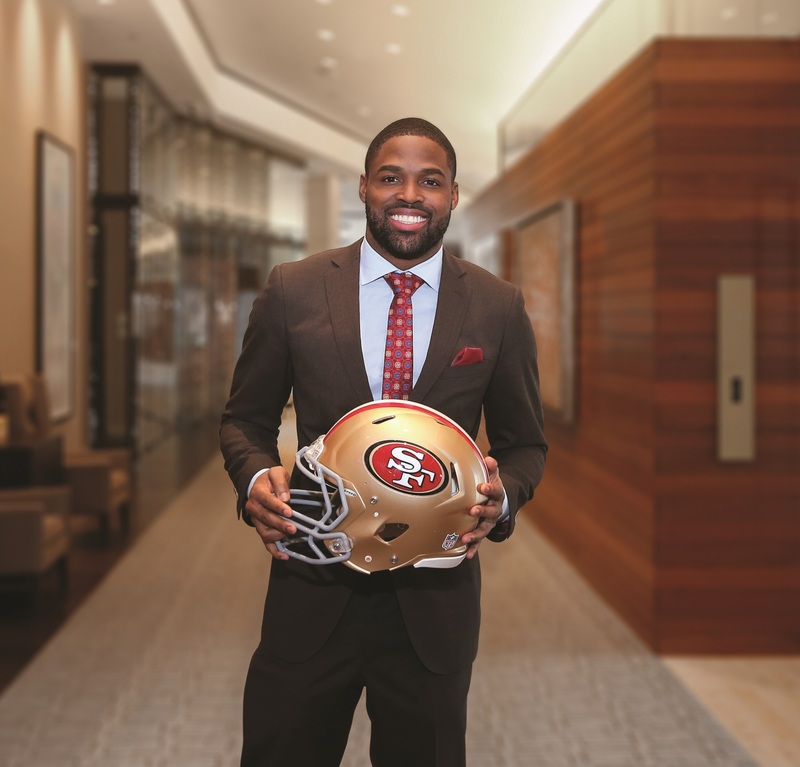 Growing up in the Westmoreland County town of Colonial Beach, Torrey Smith learned the importance of responsibility as the child of a single mother. As the oldest, he helped care for and tutor his six younger siblings. He excelled in academics and sports at nearby Stafford High School, and attended the University of Maryland on a football scholarship. After graduating in 2010 with a degree in criminology and criminal justice, Smith was drafted as a wide receiver in the second round by the Baltimore Ravens. He helped the team win the Super Bowl in the 2012 season. He later played for the San Francisco 49ers, where he was the team's 2016 nominee for the National Football League’s Walter Payton Man of the Year Award for commitment to community involvement. He won another Super Bowl ring in 2018 playing a season with the Philadelphia Eagles. After a season with the Carolina Panthers, Smith announced his retirement in September 2019.

Making Baltimore his home, Smith and his wife, Chanel, both the first in their families to attend college, wanted to make a difference in their community, especially with at-risk youth. They started the Torrey Smith Family Fund, which sponsors many dynamic initiatives, including back-to-school and after-school programs; teen mentoring; sports and STEM (science, technology, engineering, and math) camps; charitable basketball games; and holiday meal and gift programs. A highlight of the organization's work is the Tevin Jones Memorial Scholarship Fund, named to honor Smith's late brother. Each year the fund awards $5,000 scholarships to four college-bound students from low-income families in Maryland, Pennsylvania, or Virginia. After learning that his childhood basketball court had been destroyed in a fire, Smith helped fund a new park with a playground, pavilion, and basketball and tennis courts that the town of Colonial Beach dedicated in 2019 as Torrey Smith Recreational Park.

Watch Torrey Smith's visit to the Library of Virginia to learn more about his family's roots.