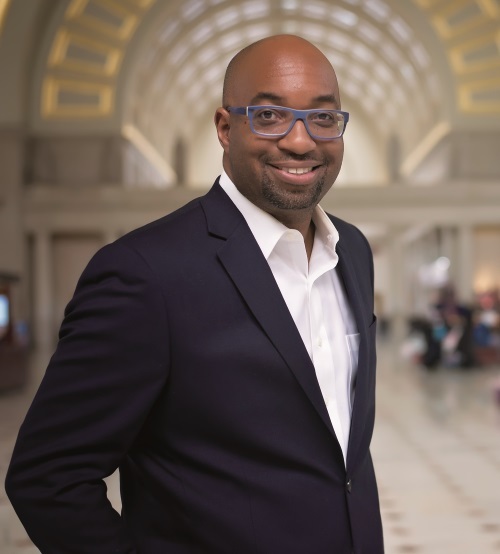 A poet, publisher, playwright, producer, speaker, and performer, Kwame Alexander is an energetic and enthusiastic advocate for literacy and literature throughout the world. He performs his cutting-edge brand of poetry for audiences worldwide, as well as conducting writing and publishing workshops. Alexander has received multiple awards, including the inaugural Pat Conroy Legacy Award in 2018. In 2015 he won the John Newbery Medal for The Crossover (2014), a novel in verse about 12-year-old basketball-playing twins, which was also honored as an NCTE Charlotte Huck Honor Book and with the Lee Bennett Hopkins Poetry Prize. In 2018 Alexander established Versify, an imprint of Houghton Mifflin Harcourt Books for Young Readers, to publish unconventional works in children’s literature. Alexander is the author of  Swing (2018), Rebound (2018), a companion to The Crossover, and more than 20 other titles.

Born in New York City, Alexander grew up in Chesapeake, Virginia, surrounded by books. His father was a scholar and book publisher and his mother was an educator. At Virginia Tech Alexander began premedical studies until he took a writing class with award-winning poet Nikki Giovanni. In addition to writing poetry, he wanted to publish work by African-American authors and operated his own book publishing company for a decade. For several years he produced an annual book festival to reach a diverse audience of writers and readers. Eager to promote poetry and literature among students, Alexander has also served as a poet-in-residence at schools in Northern Virginia, where he now lives.