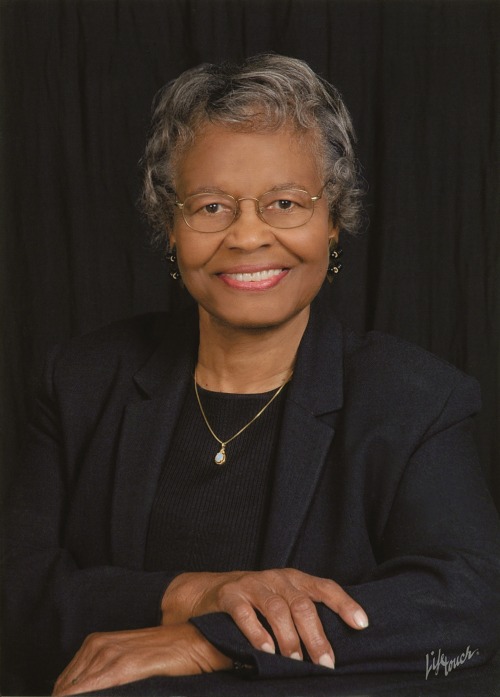 Born in rural Dinwiddie County, Gladys Mae Brown West graduated first in her high school class, earning her a scholarship to Virginia State College (later Virginia State University), where she earned a bachelor’s degree in mathematics in 1952. After teaching in public schools, she completed a master’s degree from Virginia State in 1955, and the following year began working at the Naval Surface Warfare Center at Dahlgren. She was the second African-American woman hired at the base, among only four African-American employees in total. Admired by her colleagues for her skill in calculating complex mathematical equations, she excelled in programming for computers. West emerged as an integral part of the team that developed the modern Global Positioning System, tirelessly collecting data from orbiting satellites and developing mathematical algorithms for supercomputers to process precise surface elevations. She later became project manager for the radar altimetry data processing project of Seasat, the first satellite designed for remote sensing of the Earth’s oceans, for which she received a commendation. West published numerous papers and made presentations on her work at national and international conferences before retiring in 1998.

Throughout her career West continued her education and in 2000 received a PhD in public administration and policy affairs from Virginia Tech. In 2018 the British Broadcasting Corporation named her to its 100 Women program, which annually honors influential women from around the world. That same year the General Assembly of Virginia passed a joint resolution honoring West for her pioneering career and contributions to technological development.

Image Courtesy of Gladys B. West.