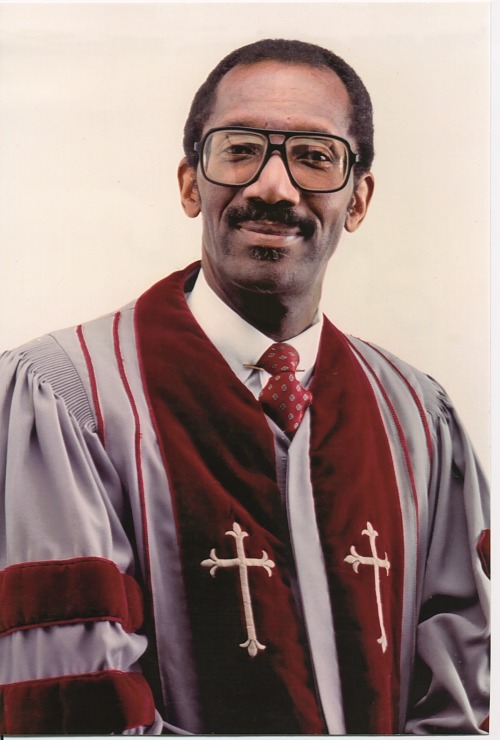 Andrew Jackson White Sr. was born in rural King and Queen County and attended local segregated schools. In 1953 he received a bachelor’s degree at Virginia Union University in Richmond, and went on to earn divinity degrees from Virginia Union’s School of Theology. White taught history and social studies in Westmoreland County.

Ordained a Baptist minister in 1953, he served a Northumberland County church before becoming pastor of Petersburg’s Zion Baptist Church in 1963. In 1969 White helped found the interracial Downtown Churches United, which worked with other community groups to provide food, clothing, shelter, and job assistance. White fought for adoption of the federal food stamp program for low-income families, which the city council approved in 1970. Concerned about access to health care, he sat on the board of the Southside Mental Health Association, serving as its first African-American president, and was a member of the Petersburg Hospital Authority, which oversaw the construction of a new facility. He was secretary of the board of trustees for the Virginia Negro Baptist Children’s Home and a vice president of the Dinwiddie County–based Titmus Foundation, supporting educational and religious organizations. He co-chaired the successful capital campaign to construct a new public library in Petersburg that opened in 2014.

White retired as Zion’s pastor in 2011. He served concurrently as pastor of Union Branch Baptist Church in nearby Prince George County, and in 2015 the church dedicated a community center named for him.