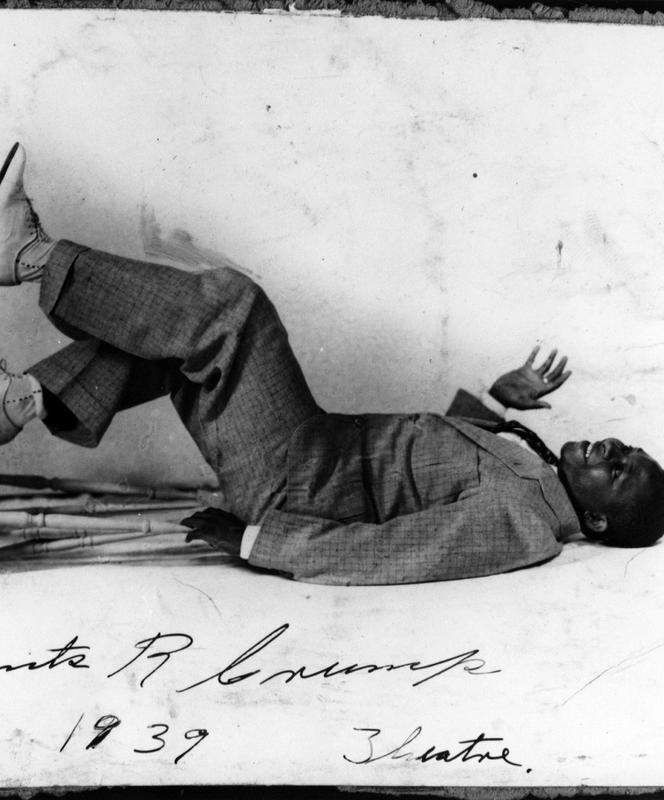 Nationally famous tap dancer Pleasants Roper "Snowball" Crump (September 1, 1905–August 1, 1995) was born and raised in Richmond. While a student, he observed the young men who danced in Jackson Ward, the center of Richmond’s African American community. A self-taught dancer, Crump performed as the "Dancing Busboy" in local black nightclubs. He offered tap-dancing lessons at community centers and entertained at the city's white clubs. By 1926 he had obtained engagements as far away as New York.

Crump went to New York City early in the 1930s to study with Richmond-born dancer Bill "Bojangles" Robinson. They danced together at prominent New York hotels and nightclubs. Skilled at clog, buck and wing, and fancy tap techniques, Crump displayed a distinctive flashing, energetic, and bold dancing style. In 1938 he won first place on the Major Bowes Amateur Hour. As a result he joined Bowes’s Rodeo Rhythm Revue, a vaudeville road show that toured the nation. Crump later asserted that he was the first black entertainer to tour with the troupe.

About 1940 Crump returned to Richmond. During World War II he toured with United Service Organizations troupes. Crump’s travels took him throughout the United States and also to other countries. Crump was among the first African Americans to appear on such early television programs as The Bob Hope Show, The Ed Sullivan Show, and What’s My Line?

Crump worked as a clerk for the Internal Revenue Service until he retired in 1960. In the years that followed he had several part-time jobs, but he kept performing well into his eighties. For more than forty years he danced to "Tea for Two" and "Sweet Georgia Brown" on top of the dugout at Richmond’s minor-league baseball fields, including the inaugural game at the Diamond in 1985. Known as the unofficial mayor of Southside Richmond, Crump was highly regarded for his community work at churches, schools, and nursing homes and also for tutoring aspiring dancers. In 1991 the Retired Senior Volunteer Program of the United Way presented him with an award for service at the South Richmond Senior Center. He died at his home in Richmond in 1995 and was cremated.

Image Courtesy of The Valentine, Richmond